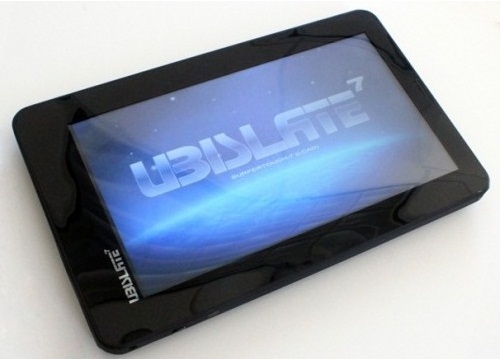 India just unveiled a new and improved version of what it says is the “world’s cheapest tablet computer” – the Aakash 2. The device is made primarily for students that will get the opportunity to buy the hardware for as low as $23.

Like its predecessor, the Aakash 2 tablet will allow it’s users to browse the internet, read ebooks and play videos and games. The Indian government believes that low-cost tablets can help revolutionize internet access across the country. We’ve seen previous approaches in this direction from Nokia and their Asha line-up of devices. Prof DB Phatak from Bombay IIT, had this to say:

“It’s a fully-fledged computer, not just an access device. The applications and the content on Aakash 2 are most important, not just the device.”

The new Aakash 2 tablet is powered by a single-core 800 MHz Cortex-A8 processor and will feature 256 MB of RAM and a 2,100 mAh battery capable of running for around 3 hours between charges. It has a 7-inch screen of a 800 x 480 pixels resolution. It will come with either 2GB or 4GB of internal storage and has a GPRS modem and a SIM card slot. It also has an SD card slot, a USB port and wi-fi connectivity. On the software side, the device will run Android 2.3 Gingerbread. Coupled with the rubberized black plastic, the tablet may still disappoint some users. Aakash 2 sample devices are now being tested, with manufacturing projected to start by July or August. A commercial version, called UbiSlate, will also be available, sold for between 3,499 and 4,299 rupees ($65-80).