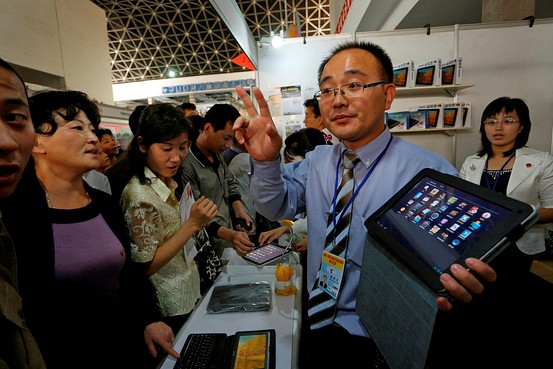 Yesterday during a North Korean trade fair at the Three Revolution Exhibition Hall in Pyongyang one of the first North Korean tablets was unveiled. The picture you see below shows Choi Cheol Min of Chosun Computer holding the new slate.

The device seems to be running Android and the picture was taken yesterday in case you’re wondering. The slate is encased in a leather or plastic cover, so the manufacturer is not known yet. The boxes behind Mr. Choi say Samjiyon, the name of a North Korean tablet computer that was actually in the news in South Korea a few days ago.

The North Korean company may be relying on Android because it’s an open source software. The company would only breach Google’s policy if they use proprietary Google apps like Gmail or Google Play, but Android can be used. We’ve got no idea what the specs are, but this looks like a 10 inch slate, a typical one with metal back. 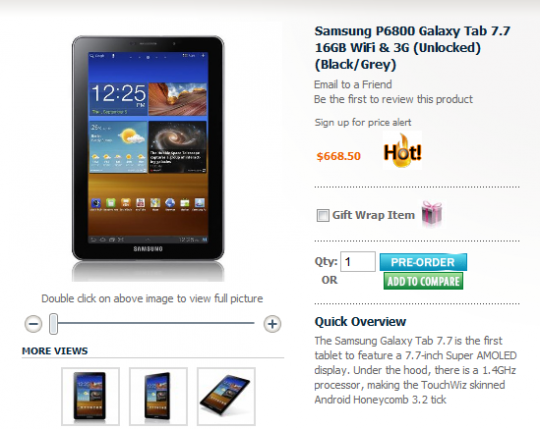