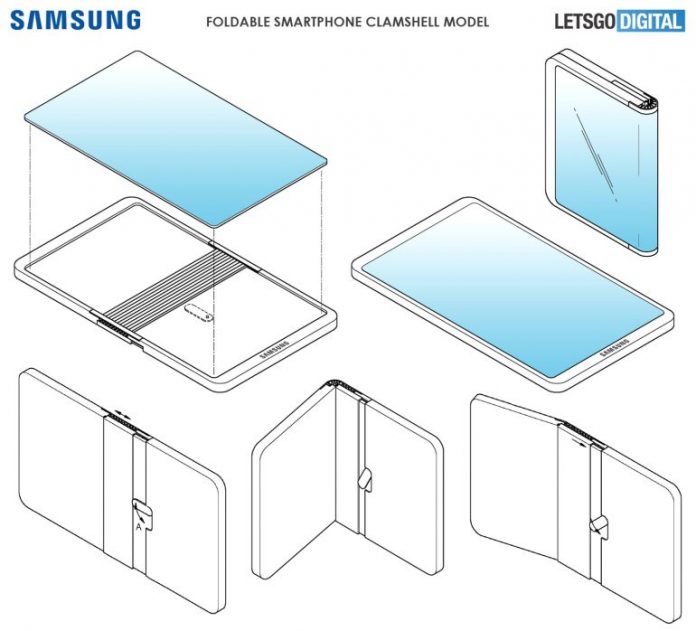 Samsung recently confirmed it was making at least 2 new foldable phones and one of them just managed to leak. It’s more of a patent affair, but it definitely points to a new format. It’s a clamshell by the way.

The likes of LG and Motorola, also TCL were recently associated with a foldable clamshell and now Samsung also goes there. The clamshell shown here has a center piece that folds, in the middle and it has a vertical, portrait orientation. The screen remains on the outside of the foldable part. Usually clamshell phones have the screen on the inside and a second notification screen outside. 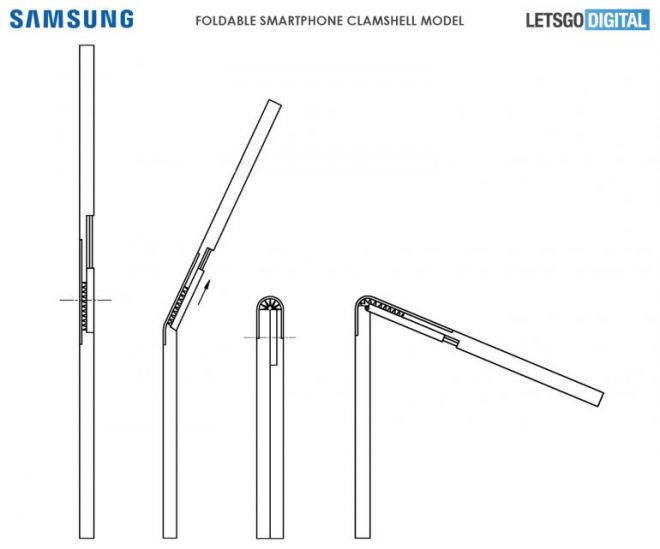 Samsung Display also filed a patent on September 21st 2018, with the WIPO, for a “foldable display apparatus”. It was published on January 24th 2019 and in spite of what you imagine and expect, the phone is rather compact. The housing has two parts, held together via a hinge. If the handset is completely folded, the two parts are able to close seamlessly.

The locking part is used to fix the phone into a certain position, so it doesn’t fold when you’re watching a movie. It’s not very clear how may cameras are available here. No idea when and if this device gets made, but I have a feeling that Samsung will let Motorola burn its fingers with it first.