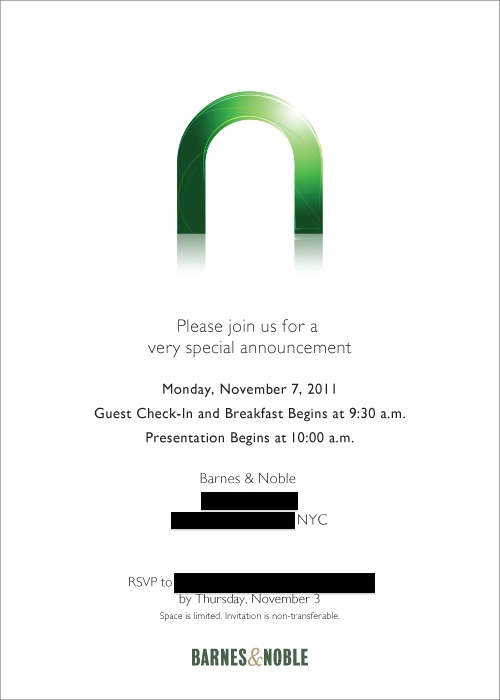 Barnes & Noble has started sending out invites to its event next week, that will most likely be meant for the unveiling of the new Nook. Taking place in New York City, the new conference was announced by a mysterious invitation that includes the “n” logo of the Nook reader, so things are pretty clear here.

B&N announced its last product back in May in New York and that time it was the black and white basic feature Nook with touchscreen. However, Amazon decided to launch its own tablet in the meantime and the Kindle Fire with $200 price tag came out. I’m expecting the new Nook Color to undercut the Kindle Fire seriously and maybe bring some extras.

Maybe a camera, or some 3G love would be welcome on this newcomer, since the Amazon slate lacks them. Whatever we have in stall for us we’ll find out in a week from now when B&N take the wraps off the fresh tablet. Should a cloud service also be expected?