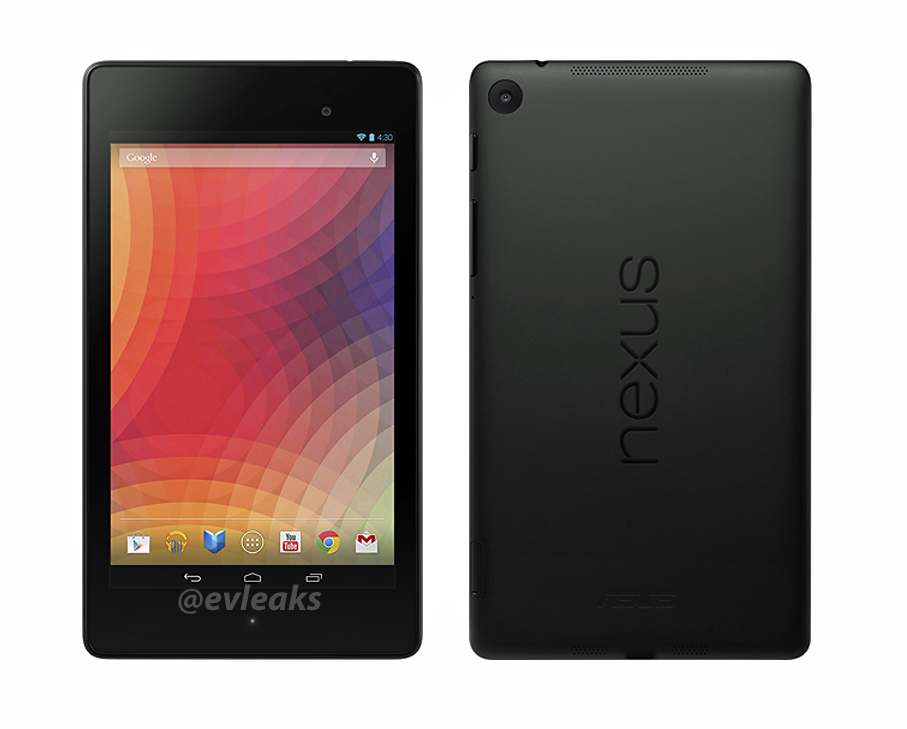 As usual @evleaks is holding the fort down in the weekends and last night he managed to post the first press renders of the upcoming Google Nexus tablet. The Nexus 7 2 has been leaking in hands on shots and leaflets lately, but this is the first official seeming pic of the device. 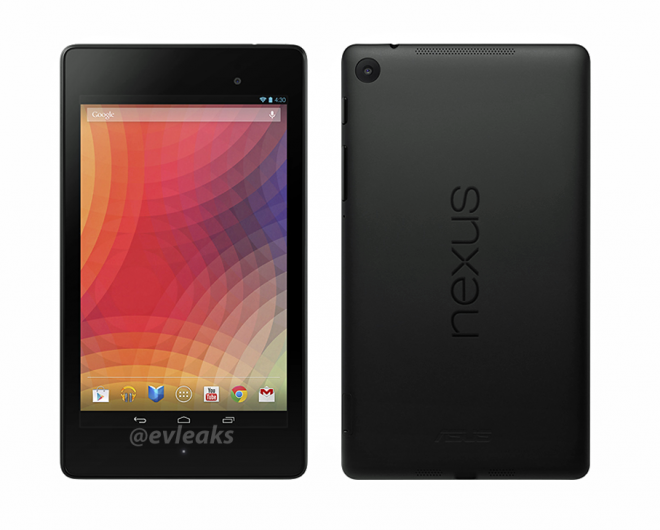 The ASUS-made tablet will be available in 16 and 32 GB versions, as the leakster himself claims and it will come with a front and rear camera. Inside there will be a quad core Snapdragon S4 Pro and not the rumored Snapdragon 600, as we initially believed. There will be 2 GB of RAM inside, although the 4 GB speculation is still present and the screen will be a 7 inch Full HD unit.

Finally, we’ll get dual rear speakers, Android 4.3 and the picture clearly shows that we’re getting a back camera, maybe a 5 MP one. There’s a notification LED light below the screen and the back looks very much like the one of the Kindle Fire series, so it’s probably a soft touch one. Excited about this new product? We are! 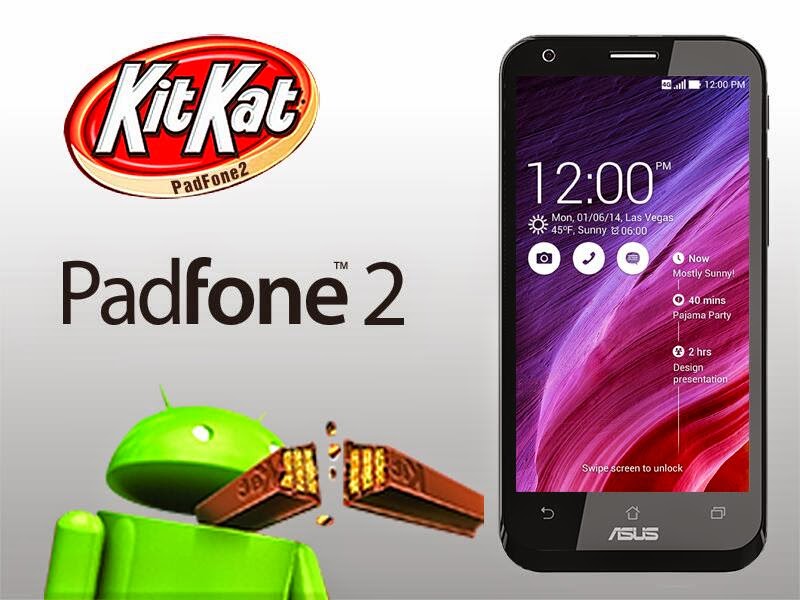