We know that the Sony Tablet P tablet was launched back in Fall 2011, but somehow we never got around to review it. We did review the Tablet S and found it disappointing, while the Tablet P certainly looks more appealing. This device adopts a dual display clamshell design and we have a nice video preview after the break for you and some pictures too. 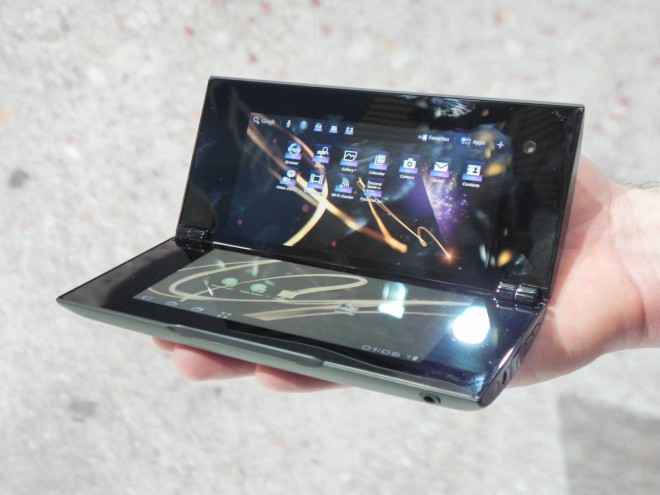 The slate comes with custom apps for its dual display layout, like the email or calendar. Thus, when you access your email, on one of the displays you’ll see the list of mails you got and on the other you’ll see the content of the email you’ve selected. If you want to write an email, the lower screen can be used as a virtual keyboard, while the upper one hold the email writing area. The video player has a similar layout, with the upper part showing content and the lower one offering control options. And now here’s a specs list for the Tablet P:

The video player on the Sony Tablet P allows the user to skip to certain scenes and select the ones you like from a certain movie or video. The design offered here is a cylindrical one and once you close the tablet, it looks very much a case for eye glasses. It’s so portable that it can be put in your pocket when you’re not using the tablet and the device is very, very glossy, as shown in the video. You also get PlayStation certification on it, so a couple of PSX games will most likely be available via emulation.