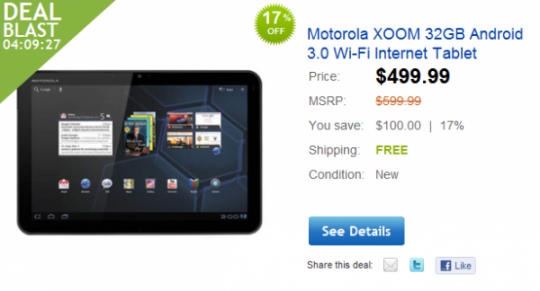 After being criticized for the initial $800 price tag and reaching $600 at some retailers, the “Nexus” tablet for Honeycomb, Motorola Xoom is now priced at $499. Of course, we’re talking about the 32GB WiFi unit, that’s available now on a eBay, in the Daily Deal section.

The Galaxy Tab 10.1 32GB was also offered with a similar price the other day and you might want to know that the Xoom can be found everywhere else for about $599 at this moment. The Xoom was the original Android 3.0 Honeycomb tablet and the first to receive Android 3.1 as an update. Also, this model keeps the Honeycomb experience in its stock version and it’s bound to receive the future updates among the first.

With so many rivals coming up (and their superior) specs, we expect the price to go even further down and maybe even to the lowest of lows, once the first quad core slates kick in. Special eBay offer here! 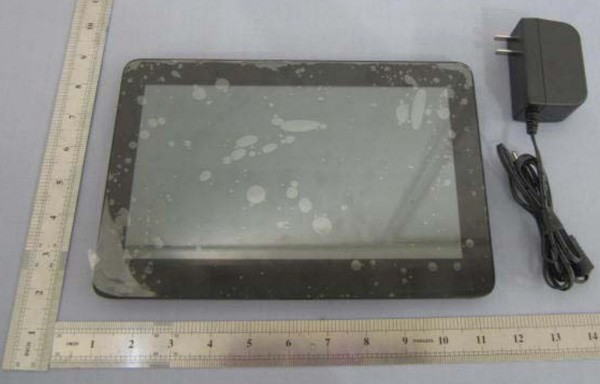