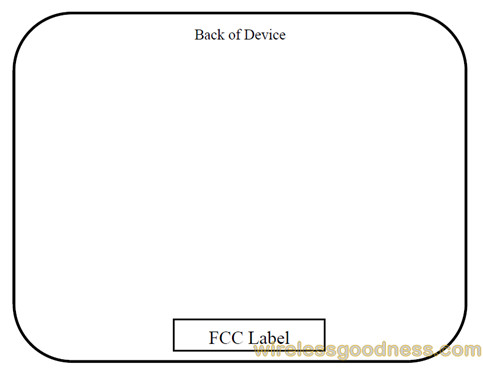 There’s a mysterious bare sketch that might portray the Motorola Xoom 2 and said drawing has just appeared at the FCC. Test reports claim that we’re dealing with a 1.2GHz device with an unknown number of cores, 1GB of RAM and 16 to 30GB of memory. Xoom 2?

A qHD screen is also in the mix, with a resolution of 1280 x 800 pixels and HDMI out is there too. Wireless N and Bluetooth round up the specs list of what sounds like a normal tablet with Honeycomb. The identity of the model is not known and if it’s a dual core affair with Android 4.0 I’d be highly disappointed.

The only thing that could make a difference here would be the camera, but I highly doubt that. Maybe the CPU is quad core after all, but that would mean it will launch in 2012, since the ASUS Transformer Prime is the only quad core tablet this year… or so say the officials of Nvidia and ASUS.