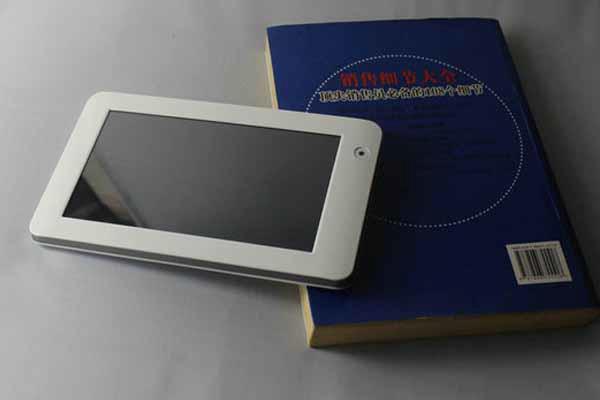 Well, here’s a tablet that’s basically free… The HongYuXing Chinese tablet with Android 4.0 costs a mere $59, but sadly I believe that this device is only meant to be sold in its homeland. Here’s what the product looks like:

The device runs Android ICS, as I said and it’s extremely affordable… I’ve never seen a tablet this cheap coming from China, while India has a model or two around this price tag. The device is powered by an Allwinner A10 processor based on the Cortex A8 core with Mali 400 GPU and 2160p video decoding capabilities. This is a 7 inch model with a 800 x 480 pixel resolution, a G sensor, Flash support and a front camera. I’ve seen similar tablets with price tags of $150, so I really don’t understand why it’s so cheap.

From this pic, I can see that the slate is pretty bulky, has large bezels and I’m guessing it doesn’t have a camera at the back and it also lacks 3G and GPS. This is pretty much a beefed up e-reader if you ask me… but for this price I’d take it any day over a lower end Archos for example.