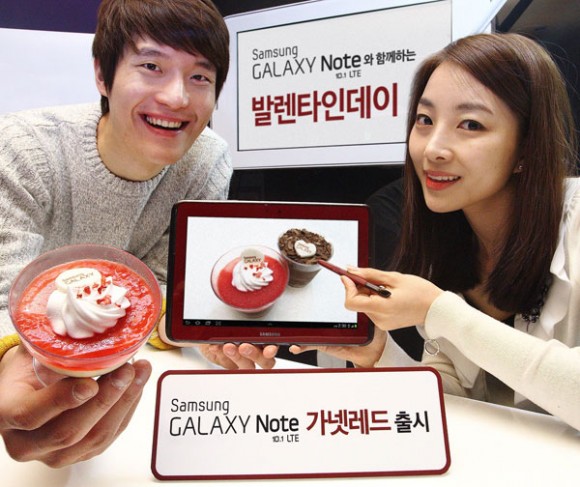 Samsung has just announced a new special edition of the Galaxy Note 10.1 LTE slate, now available in a garnet red exterior. This special edition doesn’t bring any new fancy hardware or special accessories. It only gets a cool exterior color, in garnet red.

Samsung calls this color garnet, but the normal, average user calls this maroon. We’ve seen other Samsung devices get the garnet treatment, such as the Galaxy Tab 2 7.0 tablet in January and if I’m not mistaking the Galaxy S III and Note II also get that color. Sammy even has a target audience in mind for the product: female college students, for some reason. The garnet red Galaxy Note 10.1 LTE debuts on February 14th in Korea, so Valentine’s Day may bring the local ladies a gift.

Aside from the red color, the slate keeps the same hardware, including a 10.1 inch 1280 x 800 pixel display, a Samsung Exynos quad core 1.4 GHz processor, a microSD card slot and an integrated S Pen. Having played with the tablet, I have to say it was an exceptional device, but the quality of the material was a bit poor.