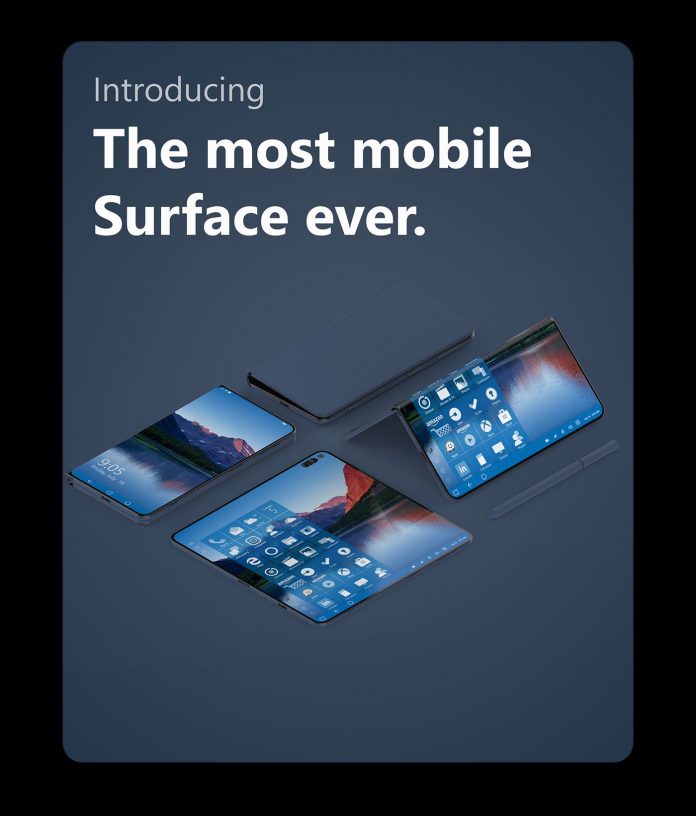 We recently saw a patent for a Microsoft Courier-like device, a machine that wound fold and basically a flexible tablet. Now it seems that the patent has been used by designers to envision a Surface Phone based on that idea. Designer Ryan Smalley for example has created the Microsoft Surface Note and it’s quite ingenious.

At its core, it’s a big diagonal smartphone, that’s able to fold and unfold, becoming a tablet. While it may have a metal body, there’s a central portion that flexes and lets you bend the thing. There’s no visible seam here, so that’s impressive. In phone mode, the Surface Note is totally pocketable, while in tablet mode, it expands to what I would estimate is a 7 or 8 inch diagonal. 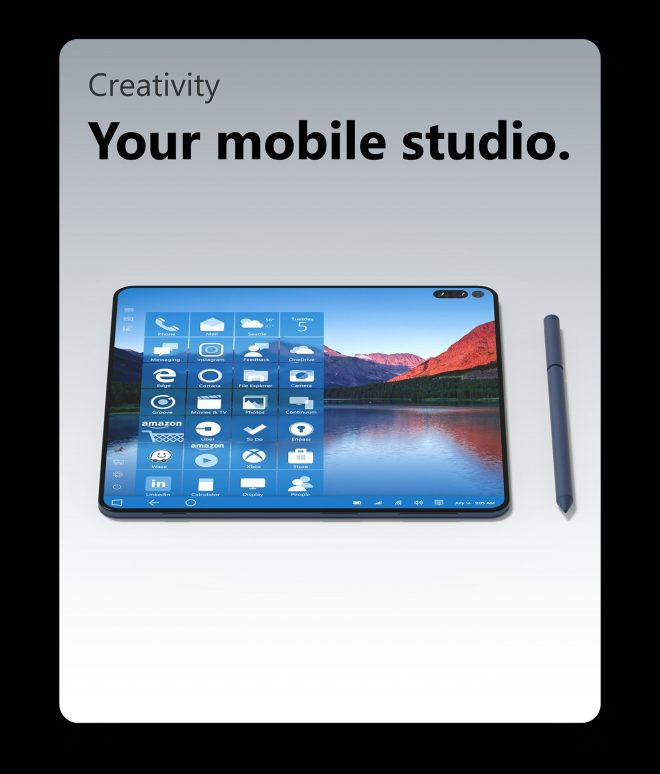 Windows 10 adapts to those scenarios, offering either a Windows 10 Mobile experience or a core Windows 10 one, with Start menu and all. Surface Pen compatibility is also here, plus an alcantara cover and even a mixed reality set of cameras. You’ll be able to apply AR items to real life images, so that’s cool. A tent mode is also showcased, as well as unfolded use, like a regular tablet.

When you’re done, you just fold up the device and put the “tablet” in your pocket. The Surface Note Pen is a special type of Surface stylus, adapted to this unusual format. Aside from being foldable, the surface Note has an edge to edge display, with curved corners and it seems to be quite the looker. If I were to predict a price, I’d say over $1000. 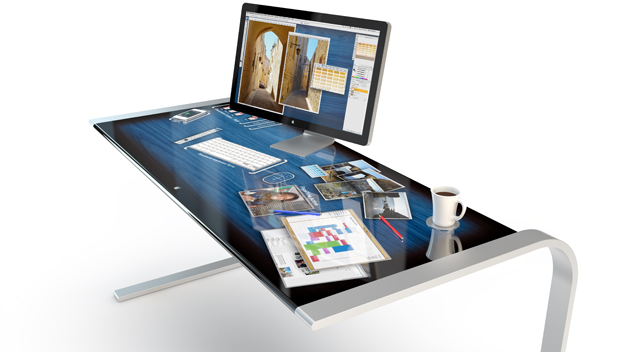