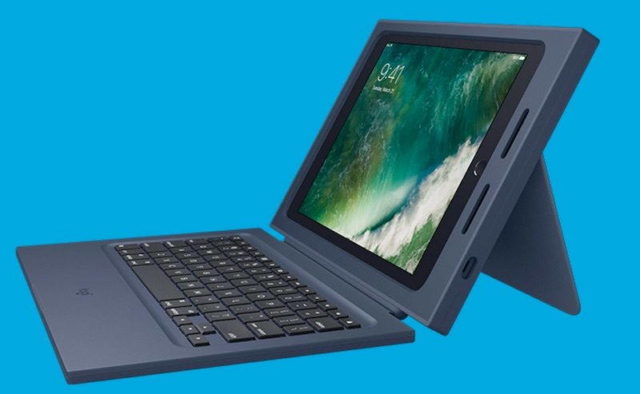 With every iPad launch there also has to be a launch of an accessory, right? Logitech moved swiftly, unveiling a new rugged keyboard case for the iPad, which you can check out below.

Dubbed “a rugged combo” this is an education oriented accessory, meant to protect the Apple slate from drops and knocks. This case can defend the iPad against drops from as high as six feet and the education focused part means that this device is meant for students, who go on field trips. Apple worked with Logitech on this product, in order to make sure it gets a secure keyboard connection and tough case.

The keyboard is supposed to offer “laptop-like typing” and it connects to the tablet via Logitech’s proprietary connector. Apple’s Education Store will be selling this product later this week. Logitech has previously created cases and keyboards for all iPad generations and they’ve been a longstanding partner for Apple. We don’t have a price for the new rugged case, but I imagine it’s below $100.

According to Tim Cook iPad Sales Slow-Down Is Just a Speed...