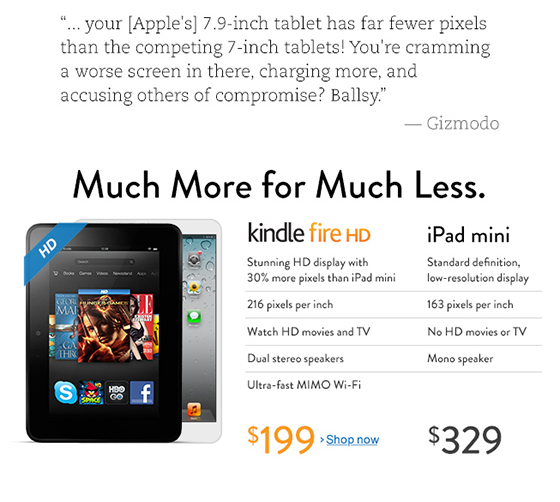 Apple has finally launched the iPad Mini, 7.9-inch display tablet, along with the iPad (4) at a special event in San Jose. During the presentation of the new Mini tablet, Apple wasn’t afraid to compare their products with other offers on the market, hinting at the Nexus 7 and calling their tablet the best available in the category.

While the iPad Mini is a great device, it has some shortcomings that can be deal breakers for some. The first is the resolution of the screen, 1024 x 768 pixels, that is less than the competition offers.  Next there is the price, with $429 for the 32GB and $529 for the 64GB variants. The LTE enabled devices cost at least $459, with $100 price bumps as you increase the storage. Given this circumstances, Amazon thought it best to reveal the advantages of purchasing their device over the iPad Mini.

Amazon has started a campaign against the iPad Mini. One of their strongest arguments is the “low” resolution display that the Apple device offers, at only 163 ppi. Another aspect they consider to be relevant, is that the Mini only offers a mono speaker, as opposed to the stereo speakers of the Kindle Fire HD. The last argument is the pricing – with the Fire HD going for $199 while the iPad Mini’s price tag is $329. Whether these argument are enough to change the feelings of the potential costumers is an aspect that remains to be seen. 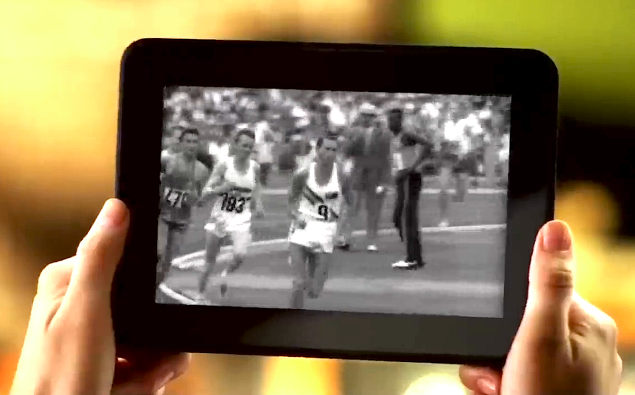