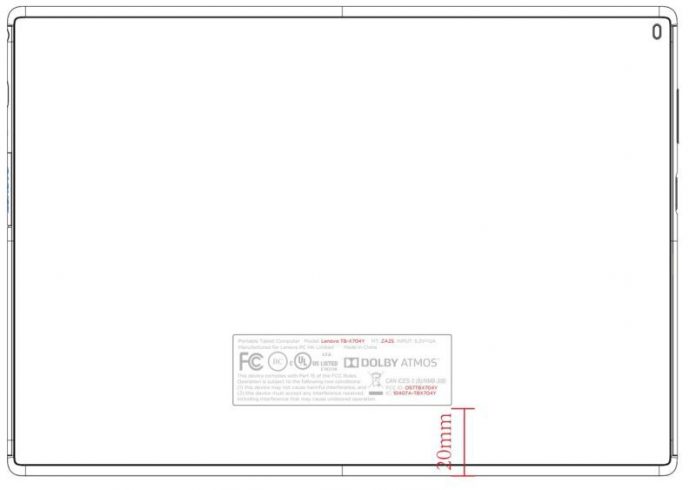 It wouldn’t be IFA 2017 without a slew of new Lenovo tablets and as such, the Chinese are now preparing at least a new slate for its debut in Berlin next month. They’ve already sent out invites and today we come across a fresh slate of theirs, tentatively known as the TB-X704Y.

The device only has the 7000 mAh battery as a known factor, but we’ve seen it before, courtesy of a benchmark leak and also a certification. It was approved by the FCC earlier this week and rumors say it’s going to be a Tab 4 model. It could even be the Lenovo Tab 4 8 or the Tab 4 8 Plus model. The GeekBench leak mentioned Android 7.1.1 as the OS, a Qualcomm octa core CPU and 2 GB of RAM. 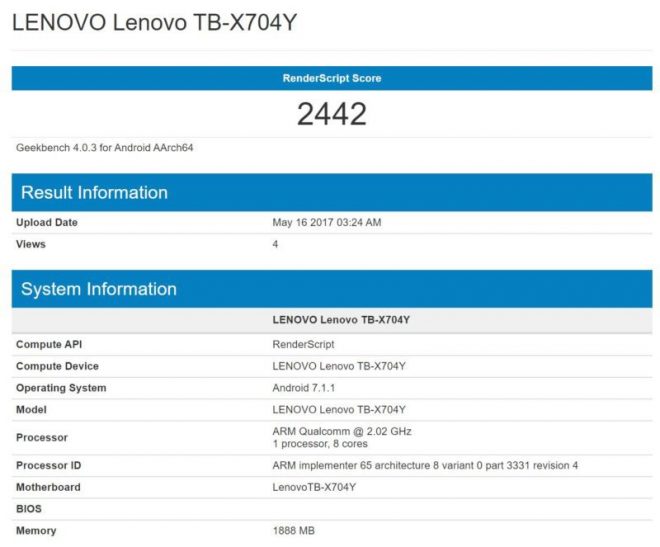 It seems to be on the lower end of the spectrum, so a Tab 4 branding seems like a good fit. The Lenovo Tab 4 8 is expected to have 2 GB of RAM, so this may be it, but that one has a quad core Snapdragon 425 CPU. Meanwhile the Tab 4 8 Plus should have an octa core Snapdragon 625, which makes more sense, but it also has 4 GB of RAM. These devices were already unveiled, but not yet launched.