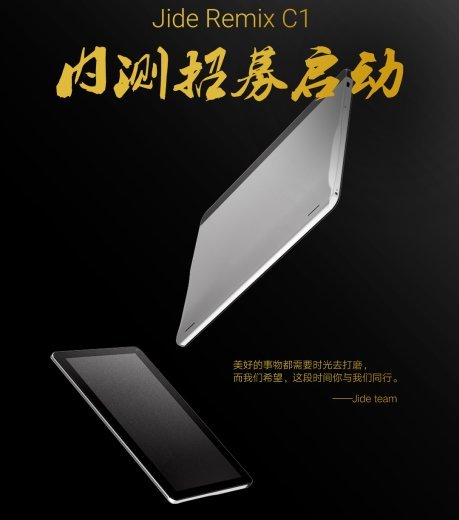 Jide started off with the Remix OS platform, that seems to combine the desktop abilities of Windows and the flexibility of Android. They got into tablets in the meantime, launching several models, including the Remix Pro 2 in 1 machine. Now they’re testing the Jide Remix C1 tablet.

This device is in beta testing phase and we don’t even have a launch date for it yet. The company has invited members of its user forum to sign up as beta tester for the new device. We’re dealing with a 10.1 incher here with a 1920 x 1200 pixel resolution, with 2 GB of RAM, 32 GB of storage and a Rockchip RK3368H processor. 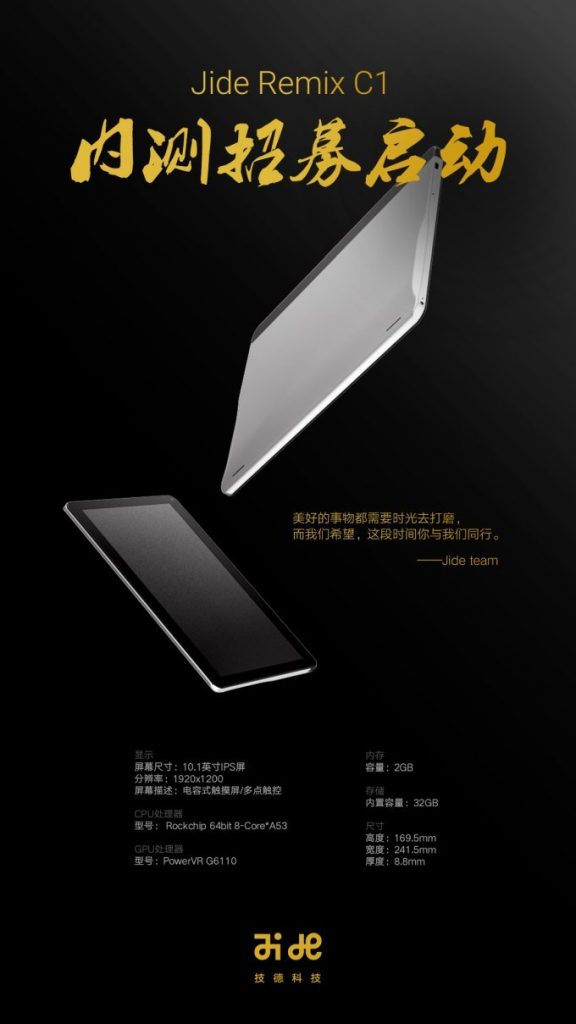 This is an octa core chipset with ARM Cortex A53 cores and PowerVR SGX6110 graphics. There’s also support for H.265 video decoding. Testers will have to pay a deposit of around $75, which will be refunded when the tablet is returned, at the end of the test. You can get into the program here.

It’s very likely that the new tablet will be a more affordable alternative to the Remix Pro, which has a higher res screen, extra RAM and Snapdragon 652 chipset. I expect a price below $300 for the new model, or even $200. 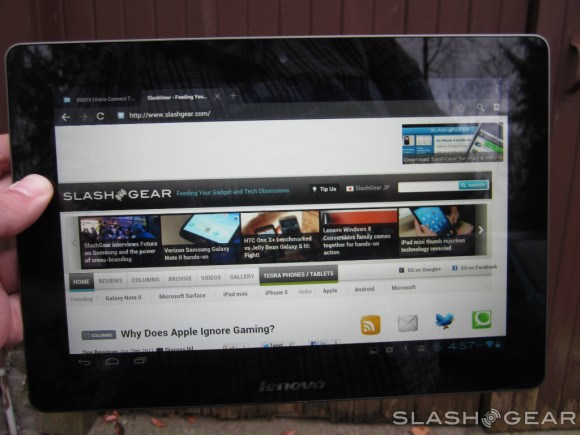