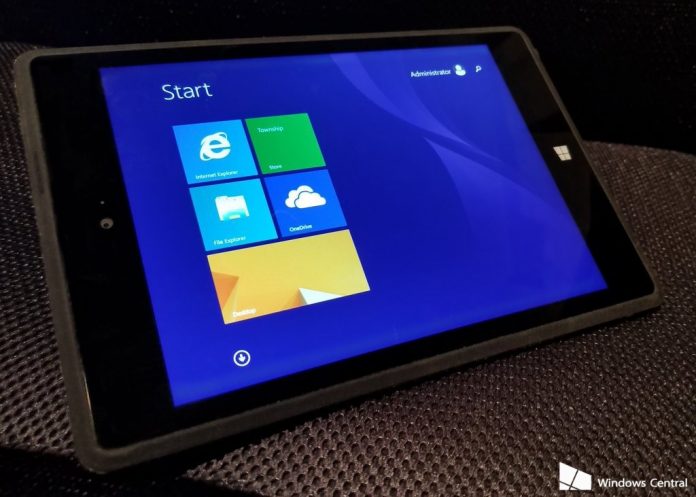 Microsoft is probably the company with the most canned products we’ve seen in extensive galleries till now. It’s also true that quite of lot of them came with Nokia and were canned because of Microsoft’s lack of vision. Well, today we came across the Microsoft Surface Mini, a cancelled tablet never before seen.

The images come courtesy of Windowscentral, so let’s dig into them. Back in 2014 Microsoft intended to launch two new Surface devices. One model was the Surface Pro 3 and the other was the Surface Mini. The latter never saw the light of day and it’s now in the recycle bin of history. The device feels like a smaller Surface Pro 3, brought to a portrait orientation. 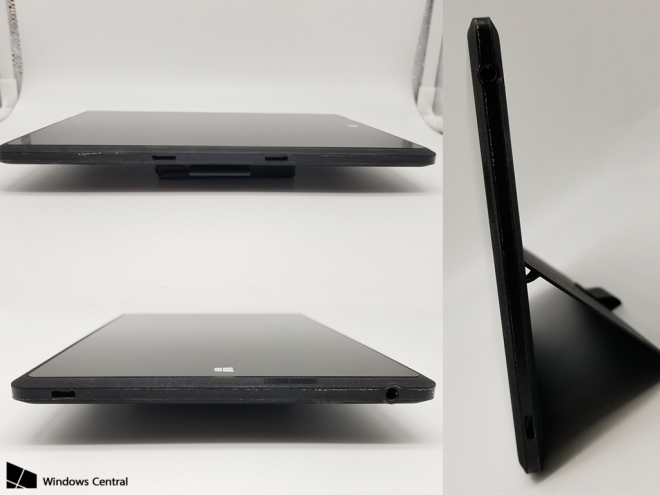 It’s based on a soft touch material and it feels like it has a case mounted on the outside. There’s a built in kickstand, usable in landscape orientation and the machine is slightly angled at the edges, for improved grip. Pen action was also supposed to go down. The bezels are big-ish and there are also keyboard connectors at the bottom. The kickstand offers 3 positions: one for viewing, one for typing on the screen and an in between scenario. 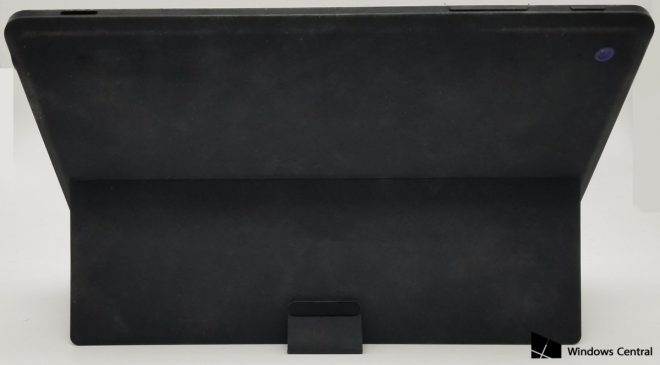 Features included a microSD card slot, audio jack, microUSB for charging, USB-OTG support and inside we found a Qualcomm Snapdragon 800 CPU, 1 GB of RAM and 32 GB of storage. There’s also dual band WiFi here and the screen offers a 1440 x 1080 pixel resolution on an 8 inch panel.

The Surface Mini shares the Pen technology with the Surface Pro 3 and uses the same pen loop attached to the built in kickstand. Interestingly it ran Windows RT and used those tiles to full potential. Microsoft cancelled it just weeks before the debut with the Surface Pro 3. The reason for the axing was the lack of an unique selling point. Windows RT was also a reason to kill it, since itself was killed in 2014.

Not sure if there’s a future for this segment, especially now… 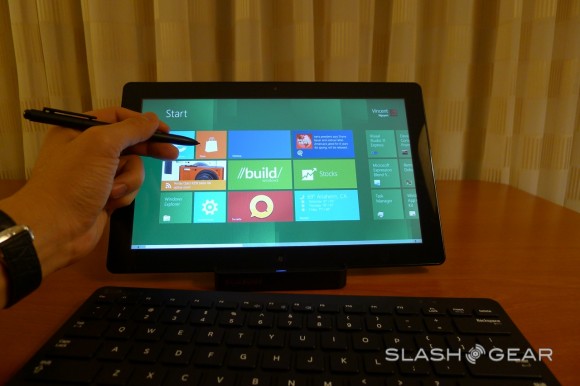