Japan Display introduced today a new high resolution tablet display, that relies on WhiteMagic technology and provides improved visibility outdoors and lower power usage indoors. The Sony Xperia P was actually the first device to use a display of this kind, but that was in a 4 inch version.

The new panel unveiled today is a 7 inch 2560 x 1600 pixel one, with 431 pixels per inch and 160 degree viewing angles. This is a WhiteMagic screen and this means that it comes with red, green, blue and white subpixels instead of the usual RGB setup. This offers the same level of brightness as a traditional display, while also using less energy in some situations. It also makes the screen up to twice as bright when used outdoors.

Japan Display claims that the new screen controls backlight more efficiently than previous WhiteMagic modules and provides up to 20% improvements in power usage. The company intends to showcase new screens at the SID Display Week that starts June 1st. It may be a while before we see commercial slates with such screens, but I’m guessing that in about a year they will appear. 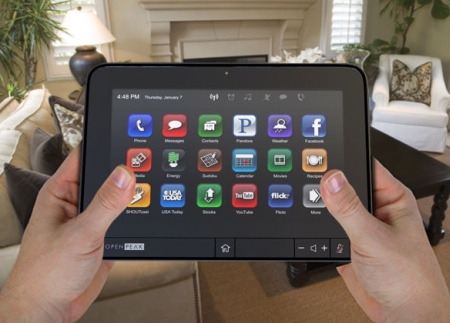