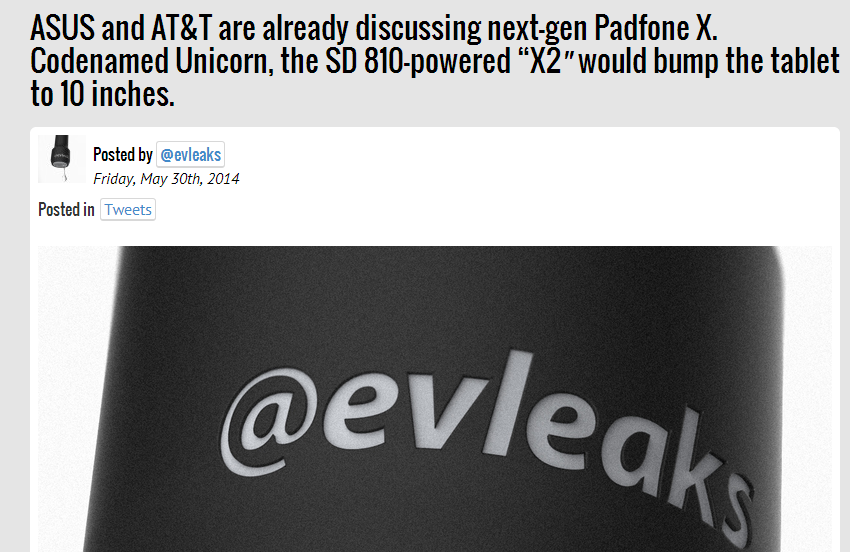 AT&T and ASUS recently debuted the PadFone X with a pair of appealing exclusive offers on contract and the product will come on June 6th in stores. According to @evleaks the two companies are already discussing the idea of a PadFone X2. 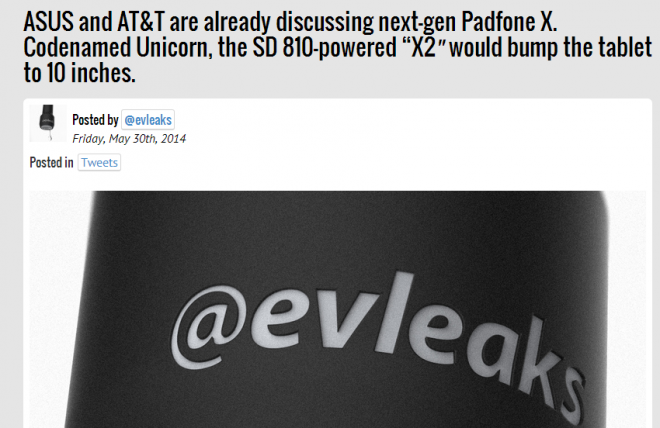 This newcomer is codenamed Unicorn and it’s a next gen device that’s based on the Snapdragon 810 and also bumps the PadFone Station diagonal up to 10 inches. That’s where the info stops and I know there were people expecting to see Intel inside this new device, but apparently that won’t happen. There’s a slight chance we may see novelty from ASUS in this field at the upcoming Computex 2014, or maybe at IFA 2014.

It’s very flattering for ASUS to see that they’re still the only ones making PadFones and no other big brand has dared to replicate their product format. Of course there’s the random Chinese brand that clones it, but without too much success. Will any other company find a better formula for the PadFone? 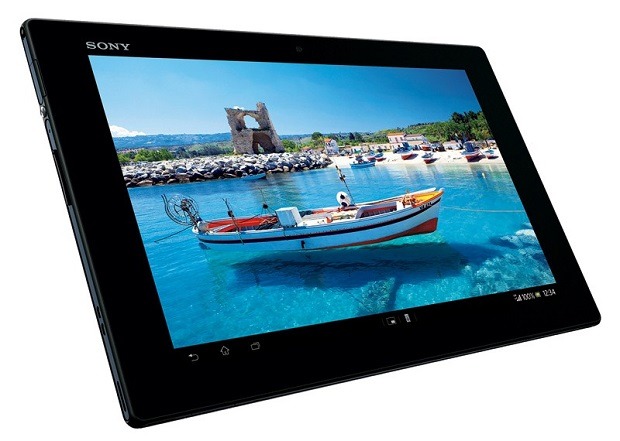