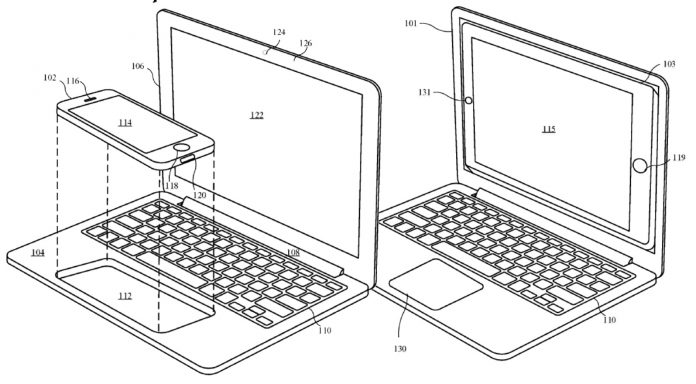 We’ve seen more than a few concepts of the iPhone XI lately, but this one is strange. The idea of a phone powering a laptop is over a half a decade old. ASUS played with it on the PadFone and Motorola also toyed with on a Lapdock. Lately Razer also had an idea like it via Project Linda. And now Apple is doing with the iPhone XI.

These images you’re seeing here show a patent that’s been filed again, showing a handset that gets placed in lieu of a touchpad. It powers a laptop basically and also works as a touchpad. Another iteration even shows the case as an empty shell, that can host the iPhone at the bottom as a touchpad and a tablet as the main screen. 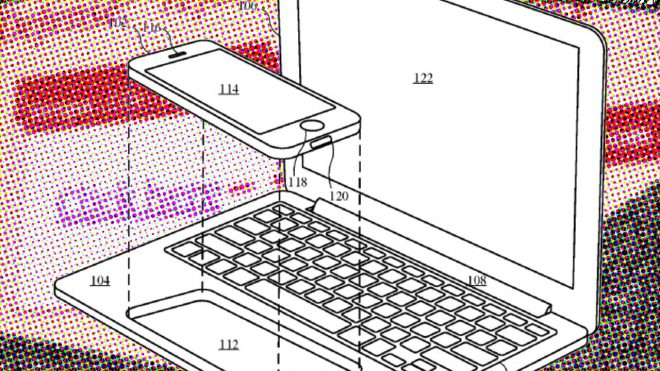 I can’t see an incentive for Apple to do this, since it sounds over complicated and they like to simply things. Of course, they could charge a lot for the package, perhaps even more than ASUS and its ROG suitcase for the ROG Phone. On the other hand a simple laptop bag could hold your phone + laptop + tablet combo.

And Apple iPhone CPUs are now powerful enough to power such a machine, so everything seems to be in favour of the project. A big problem I see here is the way the parts, pieces, components and connectors will get used and damaged as time passes. We all know that one tablet keyboard that’s already dented in…