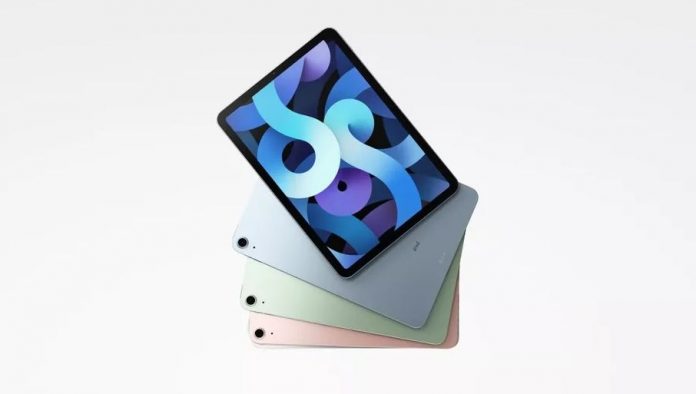 We’ve been circling around the info about the iPad Air 4 debut for a while now. There was talk of an official date coming up during the Apple 13th event, but it didn’t come. Instead on Friday, October 16th, Apple went ahead and announced that the tablet is up for preorder. It starts at $599.

The tablet was announced in mid September and it fits right between the regular iPad and the iPad Pro. It borrows the design of the iPad Pro, gets an USB-C port and also the Magic Keyboard and Apple Pencil 2 support. The $599 price applies to the WiFi version of the iPad Air 4 with 64 GB of storage. At the same time it’s quite the deal, since you get a very powerful Apple A14 CPU for a price less than the $799 starting price of the 11 inch iPad Pro.

The latest iPad Air packs a 10.9 inch Liquid Retina display has P3 wide color support, True Tone and also anti reflective coating. Another novelty is the Power button at the top with a Touch ID mechanism integrated. Aside from Magic Keyboard support, there’s also support for Smart Keyboard Folio and new Smart Folio covers. The Apple Pencil will hook up magnetically to the side of the iPad Air, also charging in the process. The Apple A14 Bionic is accompanied by 4 GB of RAM, a 12 megapixel main shooter with 4K video capture and a 7 MP FaceTime HD capable front cam.

There’s also USB-C, WiFi 6 and a 4G version of the device. Apple provides 5 finishes for this machine: silver, space gray, rose gold, green and sky blue. Storage versions are 64 GB and 256 GB. Preorders are up today, in store availability starts on October 23rd.