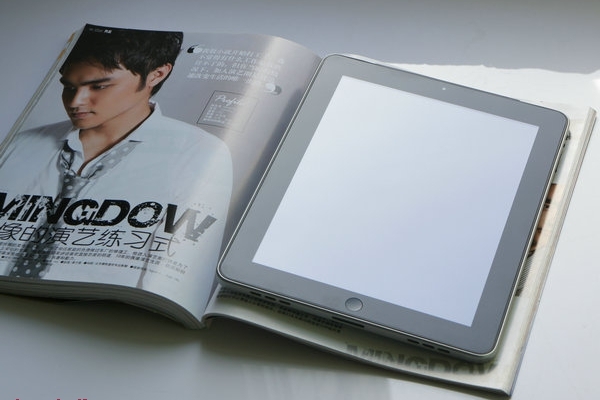 Cloning a device before its launch is something that happens in China, although usually such a product is the result of speculations and wishful thinking. This is the case of the following “iPad 2”, that was recently spotted in Shenzhen and already got the title of best iPad clone so far.

We’re dealing with an unit that runs Android 2.2 and packs a 9.7 inch display, plus a series of reasonable specs available below:

This slate lacks an SD card slot, but at least it comes with a SIM card slot, a 30 pin connector, 5 speakers and a removable antenna at the back. Its price is pretty reasonable, considering the specs: $277, so we wonder if you’ll take a trip to China only to get one.