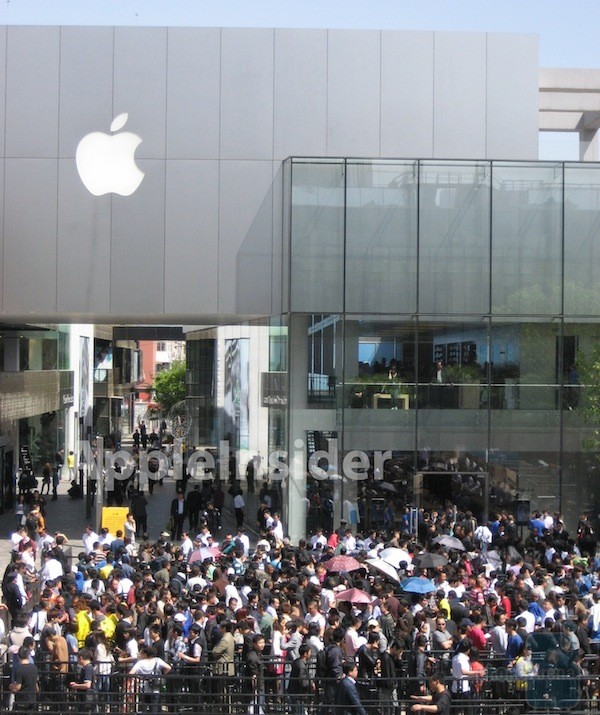 The Apple fanaticism was bound to make a few victims, so it happened in China, during the launch of the iPad 2. A big crowd waited for the device to debut outside the local Apple Store and at some pointed a fight started between a store employee and the people waiting in line. Four people were hospitalized, as the glass door of the Apple Store was smashed.

The reasons for the fight are unknown, but what we do know is that everyone had to wear numbered wristbands in order to keep the line correct before the iPad 2 started selling. The store was closed after the fight, as the employees cleaned up the place and Chinese site MacX is claiming that the store look pretty damaged and that customers had blood on their faces.

Chinese blog Sinatech quotes the police, saying that an Apple Store employee started the fight, attacking a jobless man who was posing as a scalper. Right now China has 4 Apple stores and the Cupertino giant wants to build 25 more in the next years, hopefully without riots like these.