Lenovo renewed the Yoga lineup at IFA 2017, plus brought a brand new Miix generation. There’s no new Yoga Book here, but we have some pretty solid Lenovo Yoga convertibles, the Yoga 920 and Yoga 720. And then we have the Lenovo Miix 520 2 in 1 unit with kickstand.

First up we’ve got the Lenovo Yoga 920, with a very narrow bezel 4K display, that has a 13.9 inch diagonal. Its bezels are 5 mm thick and the screen panel is an IPS, able to flip around at 360 degrees. The device is built from machined aluminum and supports Lenovo Active Pen 2 input. There’s also a Full HD version of the device, in case you don’t want the 4K one.

The battery life is 15.5 hours for the FHD model and 10.8 hours for the 4K one. The machine weighs 1.37 kilograms and can be bought with up to an 8th gen Intel Core i7 processor, up to 16 GB of RAM and 256 GB to 1 TB of SSD storage. Windows 10 is the OS of choice, with Cortana in the mix. JBL speakers have been included, USB Type-C Thunderbolt action is also here, plus an USB 3.0 port. 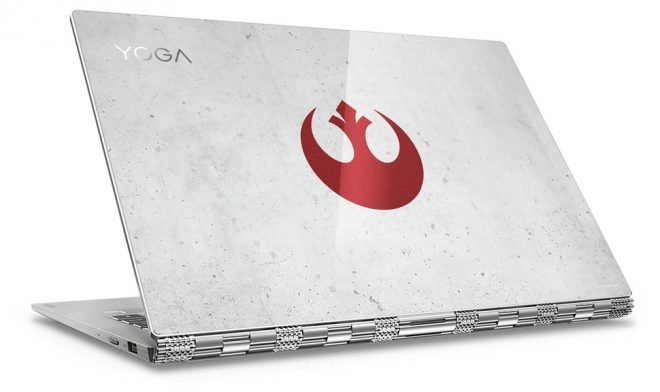 We don’t have a price yet, but we do have info about a Star Wars themed model of this machine.

Lenovo Yoga 720 is up next, with a smaller 12.5 inch IPS touchscreen, that comes with Full HD or 4K resolution. It’s got anti glare coating and support for Lenovo Active Pen. Configs include up to a 7th gen Intel Core i7 processor, up to 12 GB of DDR4 RAM and 128 GB to 512 GB of SSD storage. Acoustics-wise, there Harman this time around, not JBL.

And finally, last in the pecking order is the Lenovo Miix 520, that gives up the rotating keyboard and gets a kickstand in the vein of the Surface Pro. It’s actually a 2 in 1 one machine, with the tablet bit weighing 880 grams and the keyboard at 180 grams. The slate is beefy, at 9.9 m and the keyboard increases the waistline to 15.9 mm. It’s a backlit keyboard with a 1.5 mm key travel. 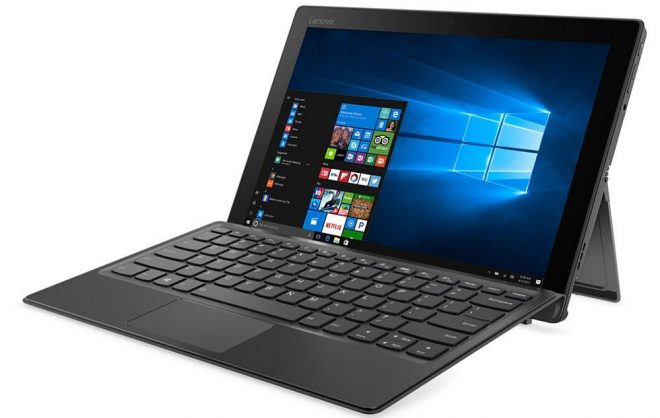 Lenovo Active Pen 2 support is also here, like the models above and it works in tandem with a 12.2 inch IPS touchscreen. Cameras of 5 MP (front and back) are here, but here’s also an optional 8 MP WorldView cam, able to capture pics to edit in 3D later. Up to an 8th gen Intel Core i7 CPU is here, but if you want to spend less, you can use a Core i3.