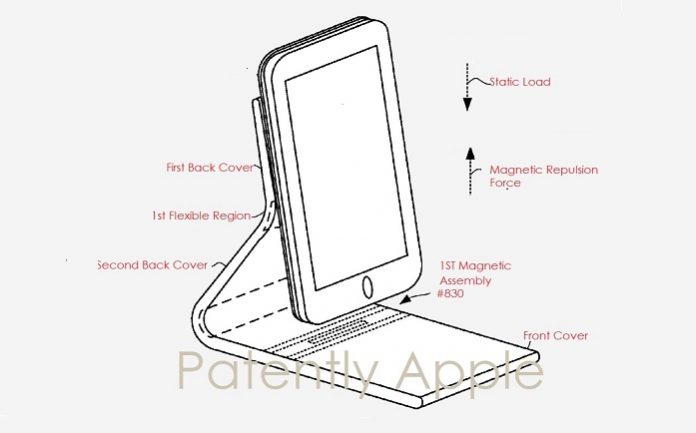 One of the ways to make sure a device evolves, past a successor or modularity is to offer it smart cases and keyboards. That’s what Apple is doing with the latest concept cases for the iPad and iPhone. You can check out some sketches and patents below.

The US Patent and Trademark Office published these images, covering new case concepts for the iPad and iPhone. The most complex of them involve advanced magnets that hold the machines in place and upright. Some of them include embedded keyboards and feel like the stuff you’d see at a tech show booth. A hinge system will keep the iPad stable and latches are also included. 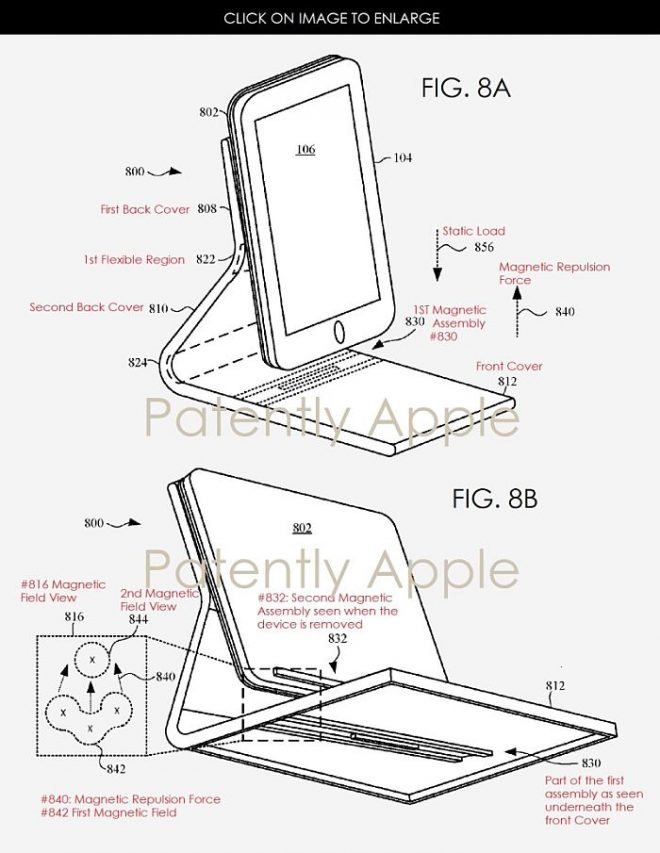 The iPad itself is one of the most important tablets out there that don’t come with a kickstand. Such a feature is found on many Lenovo or Surface slates and even some less known Chinese models. Getting a stand seems vital, if you’re going to prop the iPad to work at an angle of about 45 degrees. Now as far as keyboards go, the iPads already have some pretty kickass ones, but most of the good ones are separate and wireless ones. 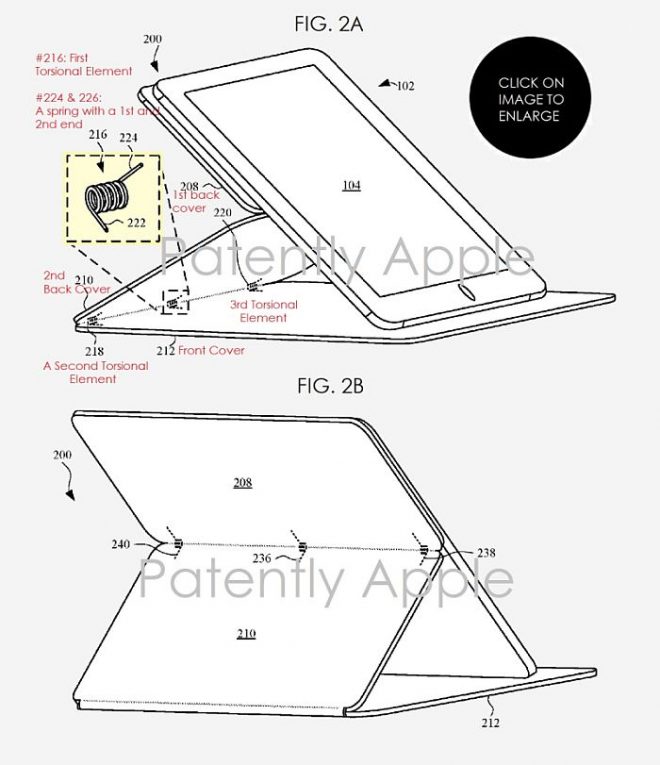 The new patents mention torsional elements, springs and all sorts of plastic and metal elements to keep the device easier to handle. Flexible materials are mentioned and the magnets are shown as the way to keep the case securely attached to an iPhone for example. Some of the advanced cases even include speakers, microphones, touchpad, cooling pads and cameras. Of course, a patent doesn’t mean a real product is coming, but it’s a solid hint in that direction. 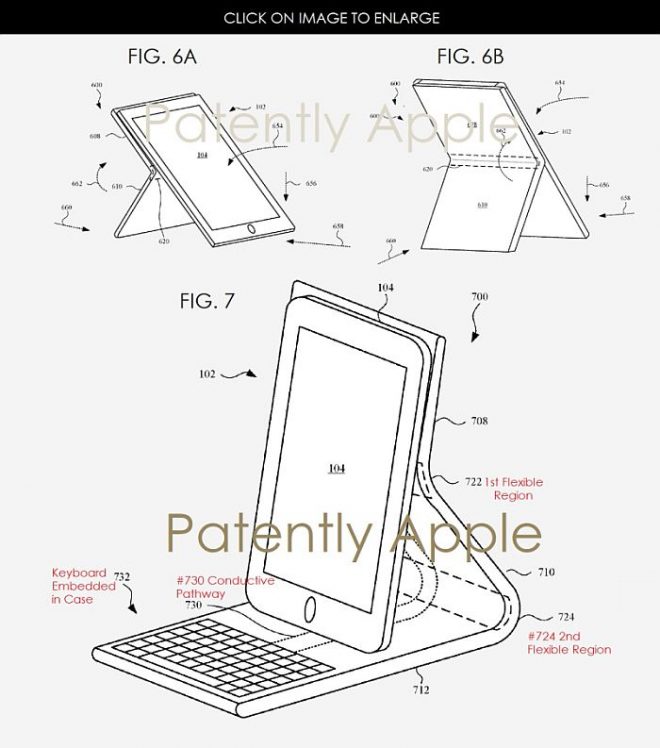 iPad Air 5 With Apple A15 Bionic Processor, 5G Connectivity Could...