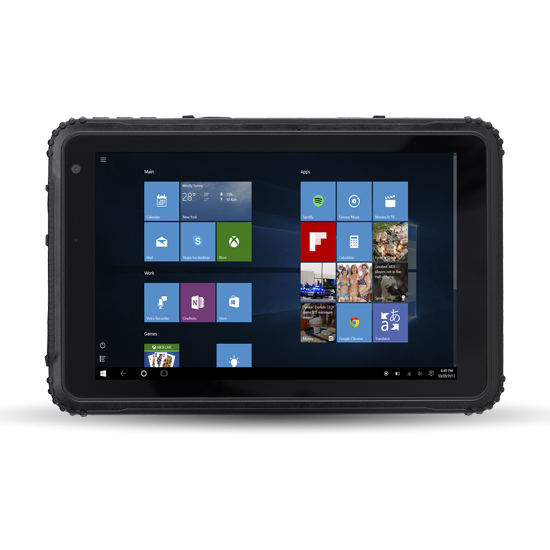 Caterpillar had a booth at IFA 2017, where they announced new rugged phones, plus a tablet. The latter is known as the CAT T20 and it’s an 8 inch machine with Windows 10 on board and LTE. Obviously it’s a rugged device.

The CAT T20 runs on an Intel Atom Z8350 quad core chipset, accompanied by 2 GB of RAM and 64 GB of storage. There’s also a 5 megapixel back camera and front 2 MP shooter, plus a 7500 mAh battery, which sounds generous for this diagonal. The core of the experience is the way this device faces the elements. It’s got IP67 certification for water and dust ingression for one thing. 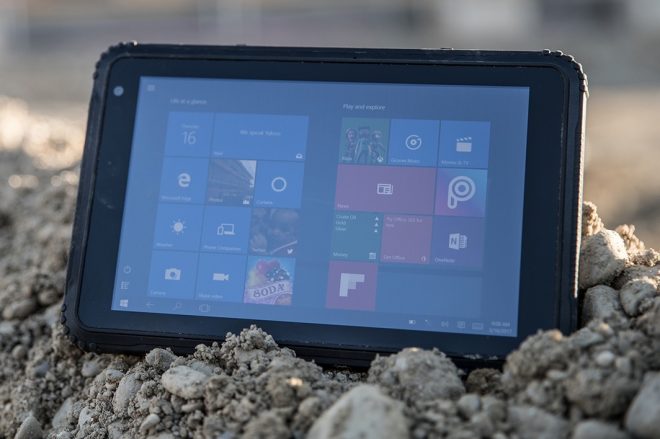 It’s also dust, water, vibration and drop proof, from a height of 1.8 meters. It can operate in extreme temperatures, either way too high or way too low. Connectivity is also important, so it delivers LTE, WiFi and Bluetooth, as well as GPS. The screen is protected by Gorilla glass and the whole thing weighs 650 grams, while measuring 14 mm in thickness. 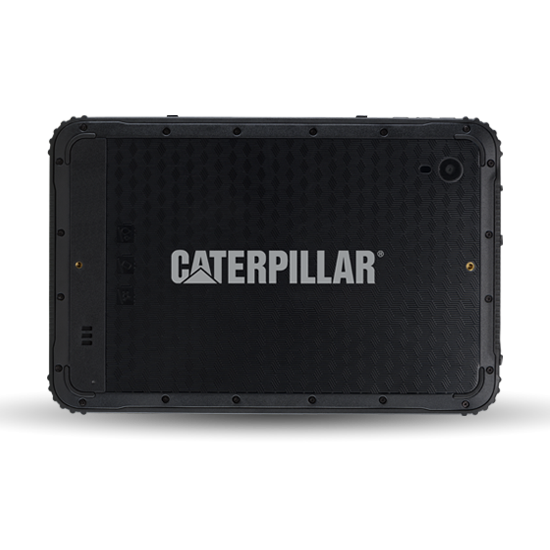