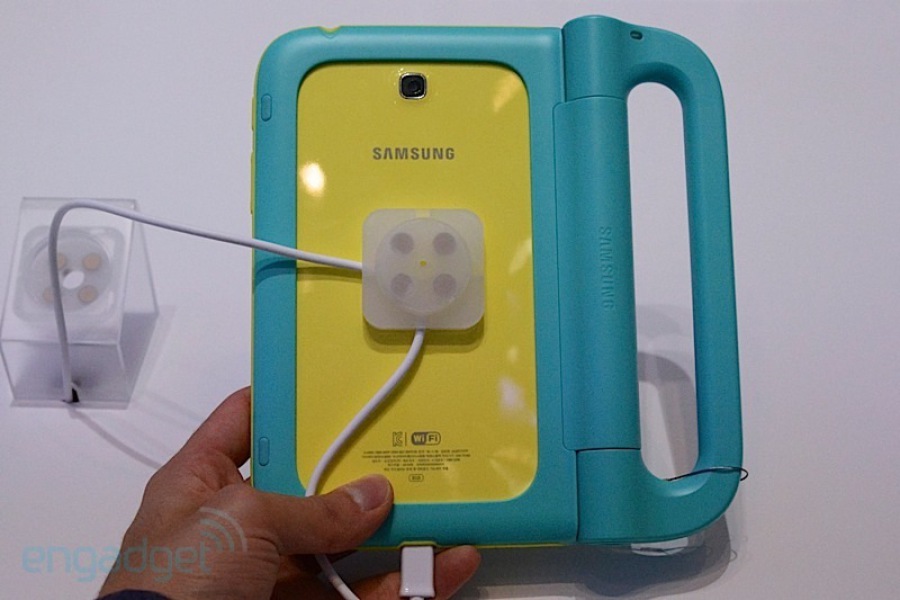 There weren’t only high end top notch devices at IFA 2013, but also some niche products, like the kids tablet shown below. This is the Samsung Galaxy Tab 3 Kids slate, that’s basically the Galaxy Tab 3 7.0 with a few modifications. 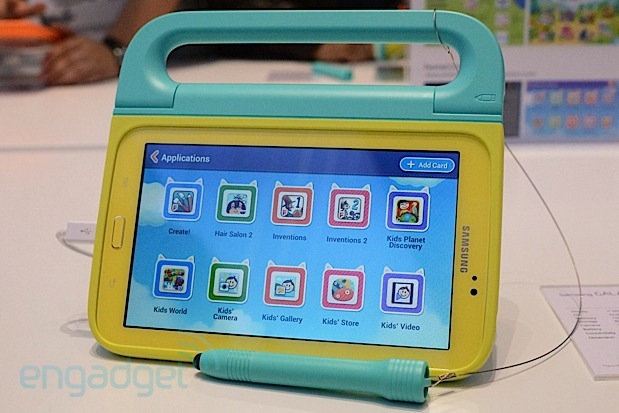 The device here packs a 7 inch 1024 x 600 pixel display, a dual core 1.2 GHz processor, 8 GB of storage, a microSD card slot, 4000 mAh battery and a 3 megapixel back camera. There’s also a front 1.3 MP shooter and we’ve got an optional case with a blue handle and extra resilience for the tough interaction of the little ones.

The shell can also house a  fat stylus, that’s not an S Pen in case you’re wondering. The folks who handled the device claims it works just fine, without lag or problems or any sort. It runs Android 4.1 preloaded with a bunch of kids software, that include educational apps, games, a camera and a paint tool. 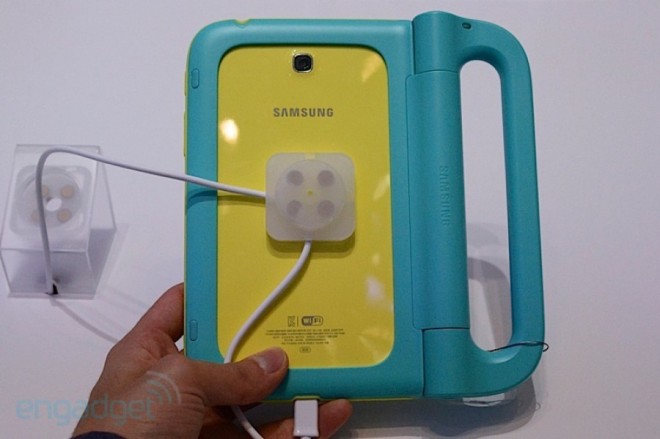 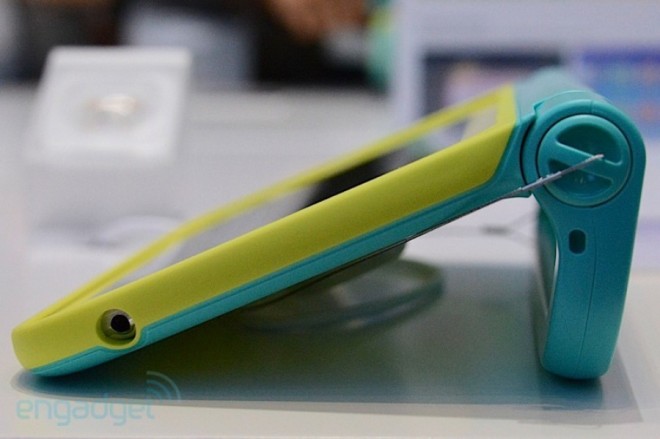