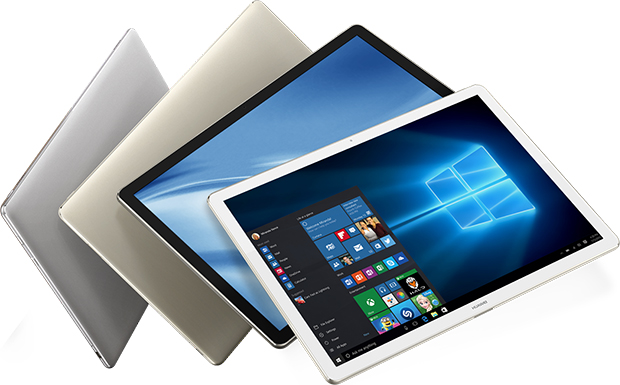 After a successful launch in China and a few other Asian countries, the Huawei MateBook award winning 2 in 1 slate has finally arrived in the UK. There it’s priced upwards from $968, so it’s certainly not cheap, positioning itself as a Surface Pro 4 rival.

It debuted in USA a month ago and it comes to UK with two hardware versions, at least on Currys online store. Only the white/gold color version reached the island and the black unit didn’t make the cut. The MateBook has a $968 price tag in the entry level config, with an Intel Core m3 CPU, 4 GB of RAM and 128 GB of SSD storage.

The other option is a $1290 machine with an Intel Core m5, 8 GB of RAM and 256 GB of SSD. Both have the same 12 inch Quad HD screen, dual speakers with Dolby Audio and USB Type C ports. There’s also a 4430 mAh battery in the mix, while in the box we find the MateBook portofolio keyboard, looking pretty hot.