Apparently Huawei is not out the Nexus game, which in itself is a game that shouldn’t be played this year, since the Pixel series is in. Turns out that Huawei is making a Nexus tablet, dubbed Huawei 7P, that had its specs revealed by a source in China. 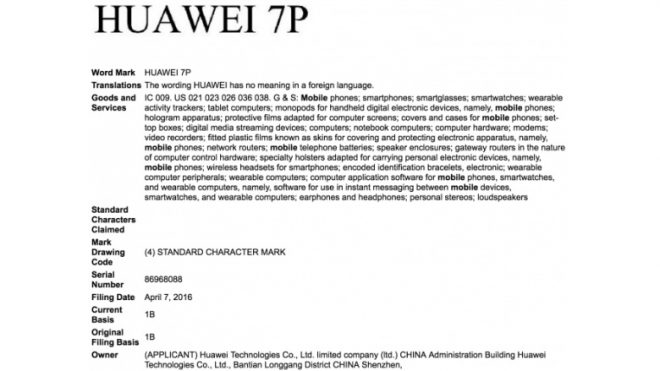 Huawei has the trademark for the “7P” name and leakster Evan Blass recently detailed the idea of a Google tablet launching this year. Huawei Blog managed to get some info from sources in China, saying that the Huawei 7P will come with a 7 inch Quad HD screen, a Snadpragon 820 CPU and 4 GB of RAM, as well as 64 GB of storage.

The interesting bit is that Huawei also placed a powerful 13 megapixel back camera here, plus I’m guessing that the front shooter is also a quality one. We take it all with a grain of salt, particularly since it’s been quite some time since the last 7 inch Nexus tablet, about 3 years if my memory is good. We’ve seen some mixed slates since then, like the not so impressive Nexus 9 and the hybrid Pixel C.