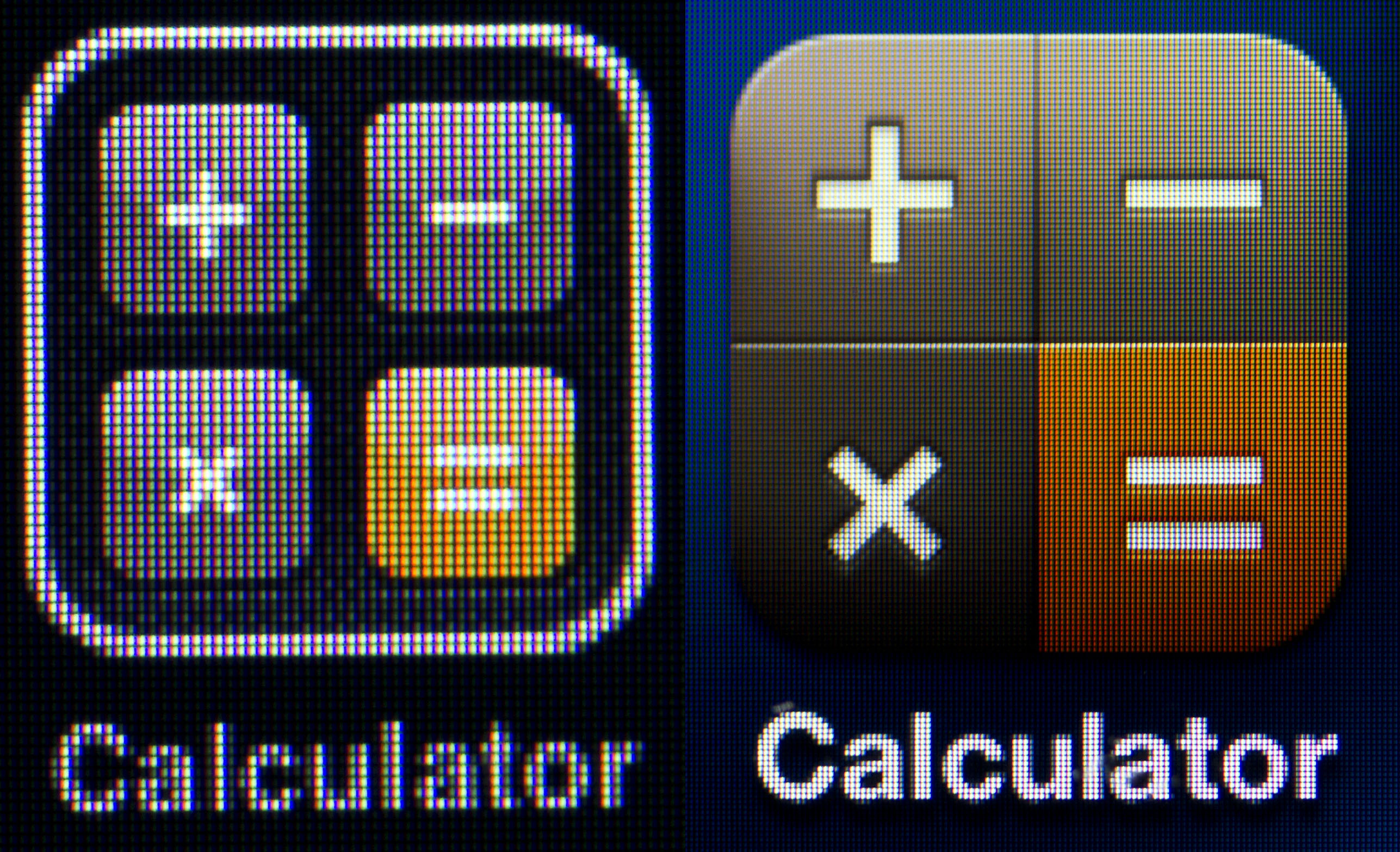 Technology evolves. It is unavoidable, much because people wants better products, or competition is pushing to limits every day. Many features are just market gimmicks, like octa-core  or digital pens, smart view/scroll, fingerprint, etc. But what about screen sizes, or resolution? Well, latest products from Samsung and HTC featured 1080p resolution on 5-6″ screens. They are not the only two companies to have such resolution on small screens, many more are already launching telephones or tablets with even higher resolution, like 2560×1440 on a small screen. (Vivo Xplay) 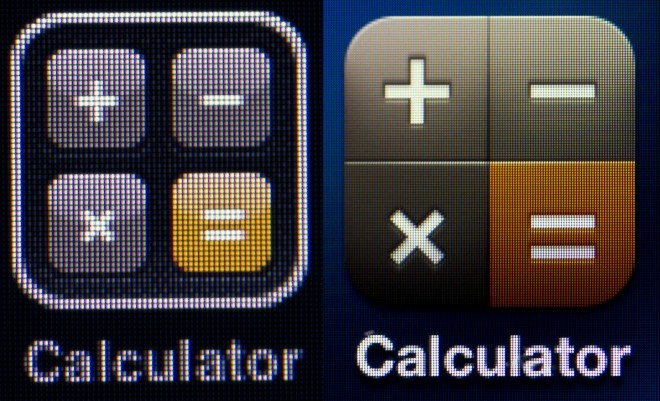 That may sound nice, but this comes at the expense on battery life. And we all know that these days, nobody cares much about it. At least not the manufacturers, because we users, need every mAh of juice we can get. Still, why the rush to jump on the pixel bandwagon? Most users won’t even notice if there is an increase in pixel numbers. Apple uses only 1136×640 pixels, but they are calling its display a “Retina Display”, because the pixels are so close to each other, you can’t distinguish individual pixels at all, at close distance. They are using a 4″ display on iPhone 5/5S/5C, with same resolution, but have 326PPI (pixels per inch), so that puts them in Retina territory. At first, I was very reluctant to increase on screen resolution. Why? First of all, you need to light up more than 2 million pixels on a small display, so that brings an increase in LED brightness, draining the battery faster than lower resolution screens, because you are using more powerful LED’s. Then, it comes the performance hit.

Moving so much pixels, you need tremendous amount of GPU power to render them, or display them quickly, in 60 FPS, for achieving smoothness and eliminating lag. Nobody wants a 1080p screen to play a game in 20 FPS, or worse. It is an unpleasant experience. For this, more powerful chipsets were developed, like Exynos 5420 or Snapdragon 600 and 800 series. For tablets, NVidia also developed a powerful chipset, the Tegra 4 Wayne GPU. These SoC (system on a chip) must have the power to drive all those pixels in a game or a demanding application. Even internet browsing, with Flash or embedded videos can be demanding, so at higher resolution, things could go less smoothly as expected. Problem is that even with more powerful processors, things aren’t still so beautiful. Only high-end SoC’s can perform good with high resolution screens, although some hiccups persist.

I remember Apple, back in March 2012, they launched iPad 3, or “the new iPad” which supposed to wow the buyers with 2048×1536 pixel screen tablet. Unfortunately, “the new iPad” or iPad 3-rd generation, wasn’t quite a success, because many games had lag and stuttering, I remember having one and had many games that were too demanding for the Apple A5X processor inside. The games were loading fine, but the frame-rate was dropping every time there was more calculation to be done. I said before launch, that iPad 3 was going to be a flop, many wouldn’t believe and said that Apple will sort out Retina Display and processing power. Fortunately, battery capacity was huge, so autonomy was good.

This is an another issue with high resolution displays. You need to increase battery size, and every gram counts here, a larger battery will increase the weight and users won’t like it. Also, a higher battery, means a longer charging time, an another pain for users, especially if the battery won’t last the whole day, they will need to charge it again and wait for longer time. This may not be a problem for tablets, or Ultrabook convertibles, they are heavy already, but for a phone it may be a worse selling point. But sometimes, even for tablets, weight counts as many like to read on tablets and increased weight puts strain on hands. Which reminds me, let’s move on to the most important cause of increasing screen resolution on displays. Remember CRT monitors and newer, LCD type? Back in the 1990’s monitors were only VGA (or EGA, CGA, Tandy, etc), but they had such low resolution screens, you could count the pixels from one margin to another.

The problem with low resolution screens, from reading point of view, it’s that such pain the eyes need to withstand, focusing on characters and text, that many people got vision problems after prolonged exposure. This problem is mostly gone, with LCD screens with 1920×1080 or even higher resolution displays, as with increased resolution, also the PPI increased and you can read pretty decent on a monitor or laptop display, not being distracted by the pixels and you eyes running between them. A bad screen can be very problematic in time, lot of work is done on screen, reading mails, writing documents, internet browsing, or even graphical work. And with introduction of IPS displays, contrast and brightness problems were also eliminated. This is also passable for tablets. Increasing the resolution of screens, PPI number also increased, the result is more vibrant screen, colors can be more accurate reproduced and reading, browsing webpages at night became more pleasant. The proof is Nexus 7 2013 version, Google increased the screen resolution at same 7″ size. Why? Because photos look more pleasant, more real, reading got better and the CPU inside is capable enough to perform on most tasks. I mean basic tasks, games can be demanding, so there depends on the load. Another proof is Apple iPad Mini 2, with even higher resolution on a 7.9″ screen (2048×1536), folks at Apple managed to push such high resolution on a small display and keep the battery life outstanding. And performance is not too shabby, Apple A7 SoC is the most powerful mobile chipset to date.

Ok, this is nice and dandy, but what about phones? Phones have smaller screens. And I said that most users don’t care about resolution. Why the need of high resolution on small screens? It’s hard to answer, but watching the market and manufacturers, I think it’s a logical move. Not only from a feature point of view, but in a way, as in tablets, people do a lot of stuff on their phones. Many even use them more than tablets or laptops. So high resolution screen helps them, combined with higher screen size, to perform all those tasks without eye problems. And with pleasant experience, because those screens are beautiful. The downsides are: pinching to zoom more than usual, battery life can suffer a bit of impact, depends on the phone, performance can also suffer, but with the more powerful chips that I have mentioned, this won’t be a big issue.

In conclusion, this time technology evolving is good. Comes with downsides, but the purpose is for better ways of using digital world. This time it comes to serves us right, it does so rarely and this time we are glad that using higher resolution on screens will have positive feedback and impact on people and hopefully, better screens will be developed, because we must ditch the classical paper, saving the trees and environment. It’s not an ecological point of view mostly, because digital world will replace heavier paperwork and books or eliminating the pain on document archiving.