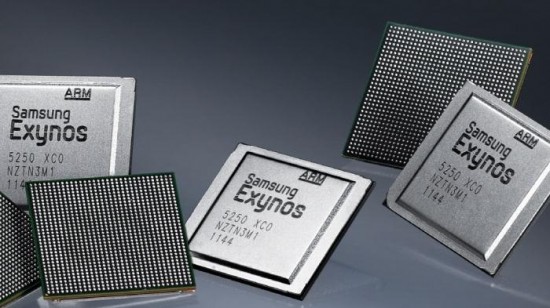 One of the guys at Sammobile discovered some interesting clues that show strong evidence towards the Nexus Tablet being made by Samsung. The folks at codeworkx found some lines of code that connect Samsung to the Nexus slate and it appears that Google went to them on this one.

Exynos 5250 also appears mentioned here, so the new Nexus device will be based on the fresh ARM Cortex A15 architecture and be supported (graphics wise) by the Mali T-604 chip at 533 MHz. The graphics chip is codenamed Vitnar and strangely enough the resolution of the Super AMOLED screen is a mere 1280 x 800 pixels. This is a bit underwhelming, but if the device is made to be under $250 in price, sacrifices have to be made. Of course, the code could refer to a Nexus phone actually, but that would mean that we’re in for a long wait, since the next Nexus phone is many months away.

However, everyone expects a Nexus tablet next month at Google I/O, where Android 5.0 Jellybean will be the main guest. It’s been long weeks now since everyone was sure that ASUS was chosen to make the Nexus slate. What happened to that theory?