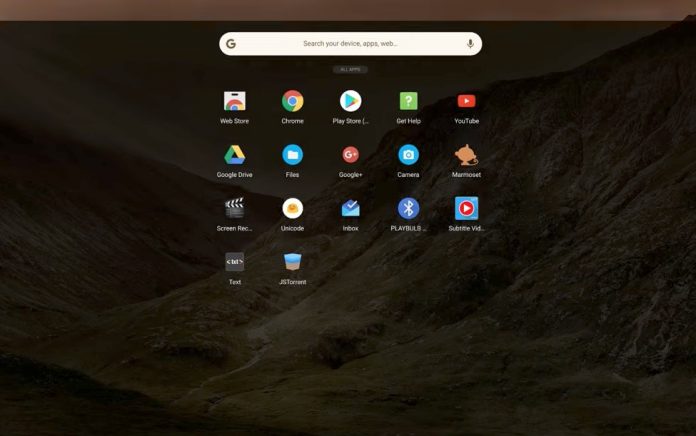 Chrome OS is evolving more and more, as time passes since it’s a pretty versatile platform after all, one that runs on multiple formats of devices. That includes tablets, laptops and even PCs. Anyway, Google just released a brand new launcher for the platform, one that’s focused on touch and available to the public via the Chrome OS Canary channel.

You can briefly see it in action below and you’ve probably figured out already that it bets big on touch experience. It also offers a full screen app drawer, available with a swipe up and reminding everyone of the Google Pixel action. Then there’s the Google search bar always on top of the screen and we also get a selection of suggested apps in the bottom area of the screen.

Swiping up reveals the new app drawer and I should mention that the Google bar will also let you search for apps and files on the device, not just online stuff. Vocal command is also available. In order to access the launcher you need to go to the Chrome Flags menu and turn on the flag called “enable-fullscreen-app-list”, thus showing the new launcher.

A restart will then be required and you need to hit the magnifying glass in order to see the changes in action. Since this is a Canary feature for Chrome OS, it means it still has a long way to go till it reaches the Stable channel or beta. Thus bugs and problems may appear. Chrome OS has evolved this past year by getting support for Android apps and Play Store, so we expect even more goodies in the future.