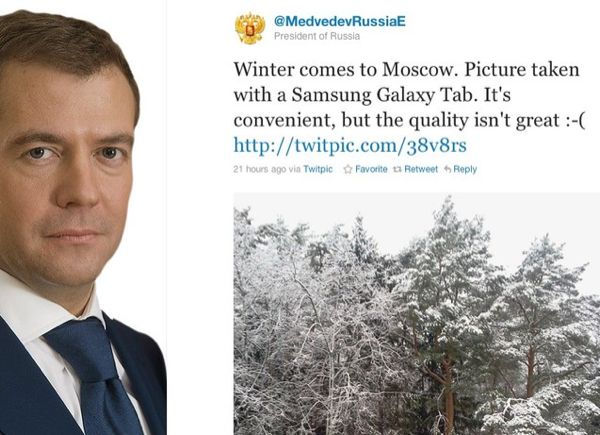 Since the Queen of England is fond of YouTube, why shouldn’t be the Russian President, Dmitry Medvedev an emoticon fan and Twitter user? He recently posted an image showing some snowy trees in Moscow and tweeted that the picture was taken with a Samsung Galaxy Tab. The head of state claims that the quality of the picture is not great.

Speculations say that Dmitry Medvedev picked up a Galaxy Tab while visiting South Korea, Samsung’s home country. We have a reason why the official is not happy with the tablet’s camera, according to Engadget: he owns a Leica M9 cam, as confirmed by the EXIF of the images he posted recently online.

We’ve yet to see a tablet with a HD quality cam, but it’s coming, maybe even from Russia? 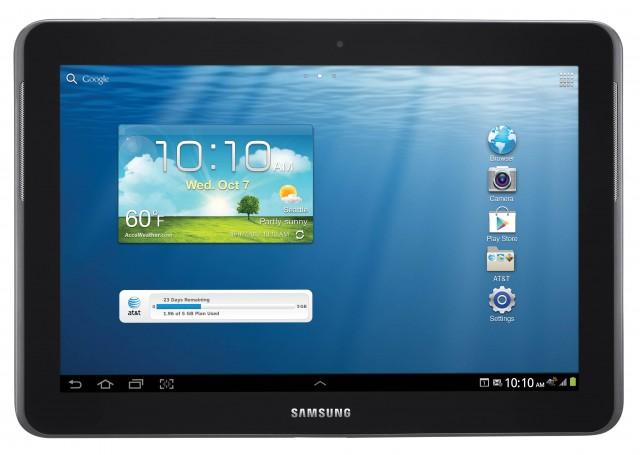 Samsung Galaxy Tab 3 10.1 Could Rely on an Intel Processor