Fujitsu has big plans for the tablet market this year, as they’ve just confirmed at CES 2011. Their portofolio of upcoming devices includes a 10.1 inch Windows 7 slate and an Android model, based on the Intel new Oak Trail Atom Z670 CPU. Expect to see some prototypes in the following days at CES.

The 1.5 pound Win 7 tablet also features 2GB of RAM, two cameras and a removable battery bay, plus the OS on board is customized with Fujitsu’s own UI skin. The Android version will come once Honeycomb is ready for commercial release and we’ll witness its launch towards the end of 2011, according to Fujitsu.

The Windows 7 model will come earlier and there’s also a waterproof tablet in the making from the same company. 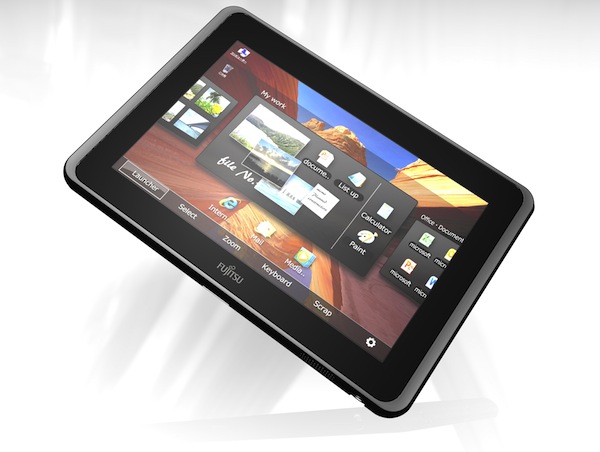