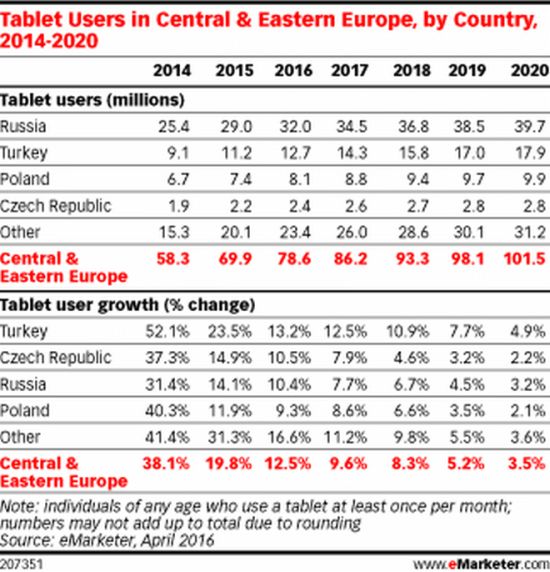 The tablet market in Central and Eastern Europe is bound to increase this year, reaching almost 80 million users in 2016. The info comes from eMarketer, that estimates the markets in Turkey, the Czech Republic and Rusia will continue to grow at double digit rates.

The latest forecast available claims that Central and Eastern Europe will include 78.6 million people using tablets at least once a month. The largest portion of the stats is Russia, with 32 million people slated to use tablets this year on a monthly basis. Turkey is next, with less than half the number of Russia. However, Turkey is the faster grower in the region.

In 2015 Russia grew by 10.4%, Turkey by 13.2% and Czech Republic by 10.5%. By 2020 predictions talk about a “tablet population” growth of over 100 million. The countries in the “Other” section will grow at an even faster rate than the big countries, said the same study. This may have two effects: we’ll see more and more local brands appearing and more integrated products from Asia. 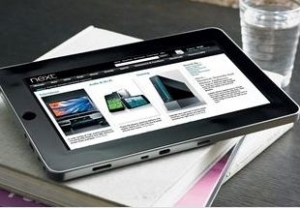