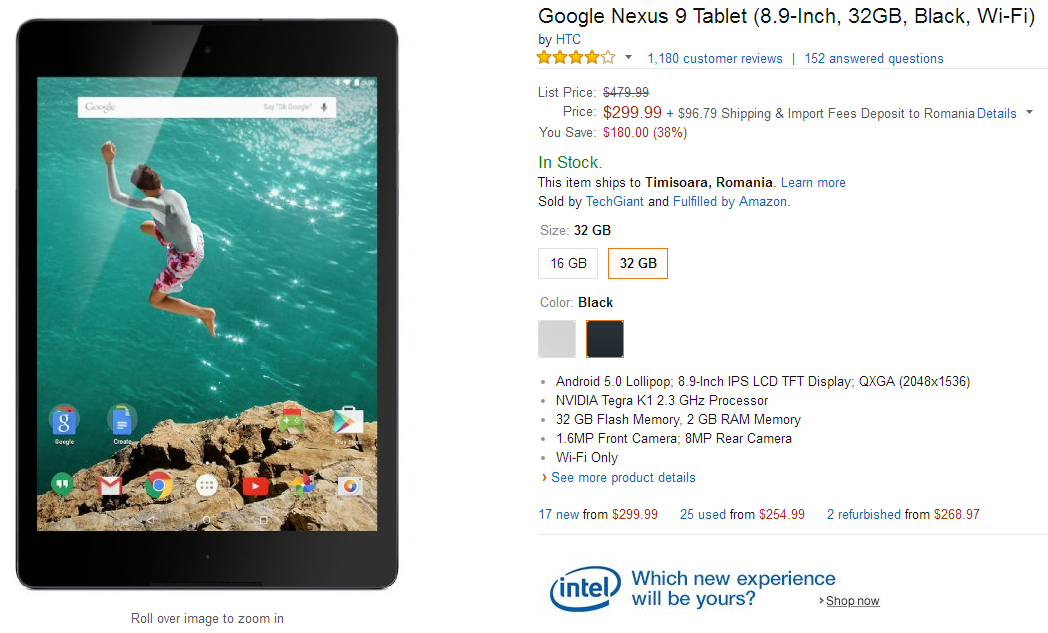 The Google Nexus 9 tablet received a hot offer a few days ago, when it was offered for free with a HTC One M9 and now it gets a new discount. This time, it’s a price discount, on Amazon. It’s taken down by $180, reaching $299.99. 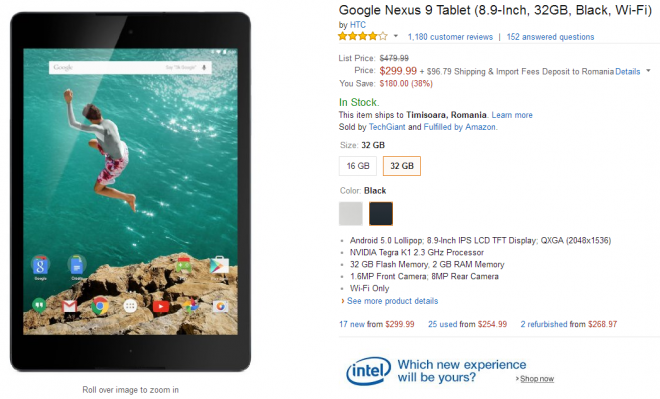 We’re dealing with an 8.9 inch slate with 32 GB of storage and WiFi, the model that debuted with Lollipop towards the end of 2014. The device has an 8.9 inch IPS LCD TFT display with a generous resolution of 2048 x 1536 pixels. Probably the selling point is the powerful CPU, the Nvidia Tegra K1, clocked at 2.3 GHz and accompanied by 32 GB of storage, 2 GB of RAM and an 8 MP main camera.

This is the WiFi only model, that comes with Android 5.0, although Android 6.0 is pretty much a given now and it’s probably already on board. The even better news is that you can mess around with Android N, if you know what you’re doing, since this is one of the compatible models. You can get one here.