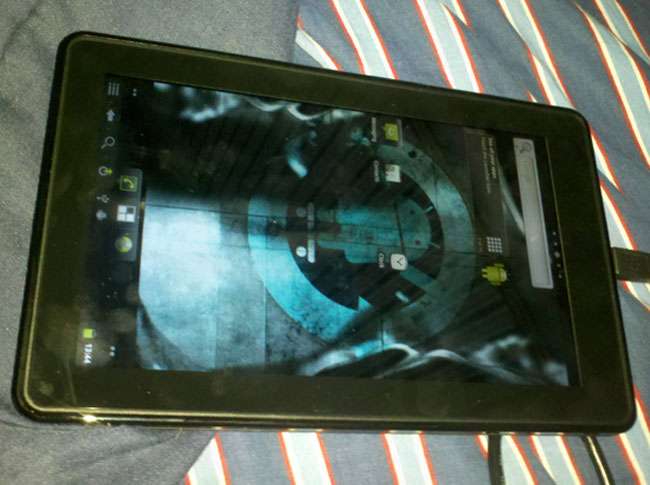 Last I heard, CyanogenMod 9 with Android 4.0 was coming to the likes of the Nexus S and Galaxy S and now the Amazon Kindle Fire receives the CyanogenMod 7, in the early build version. Hackers have rooted the slate and already installed unsupported apps, plus they’ve accessed the bootloader, so the Kindle Fire is certainly no virgin to these processes.

XDA Developers forum member JackpotClavin has worked towards replacing the customized Android on the Kindle Fire with CyanogenMod 7. Not everything is working fine though, as the hacker himself claims. It appears that the touch input isn’t working right and it apparently believes that the display is facing a different direction. Well, at least the WiFi is OK… The pic you can see here was taken by the guy working on getting CyanogenMod 7 on the Kindle Fire.

I must mention that the Amazon tablet was rooted on 16th of this month and it’s been a lot of work to do since then. The source link below shows you the progress of bringing the ROM to the Kindle Fire, that unless you’re affectionate to the custom platform on the slate.