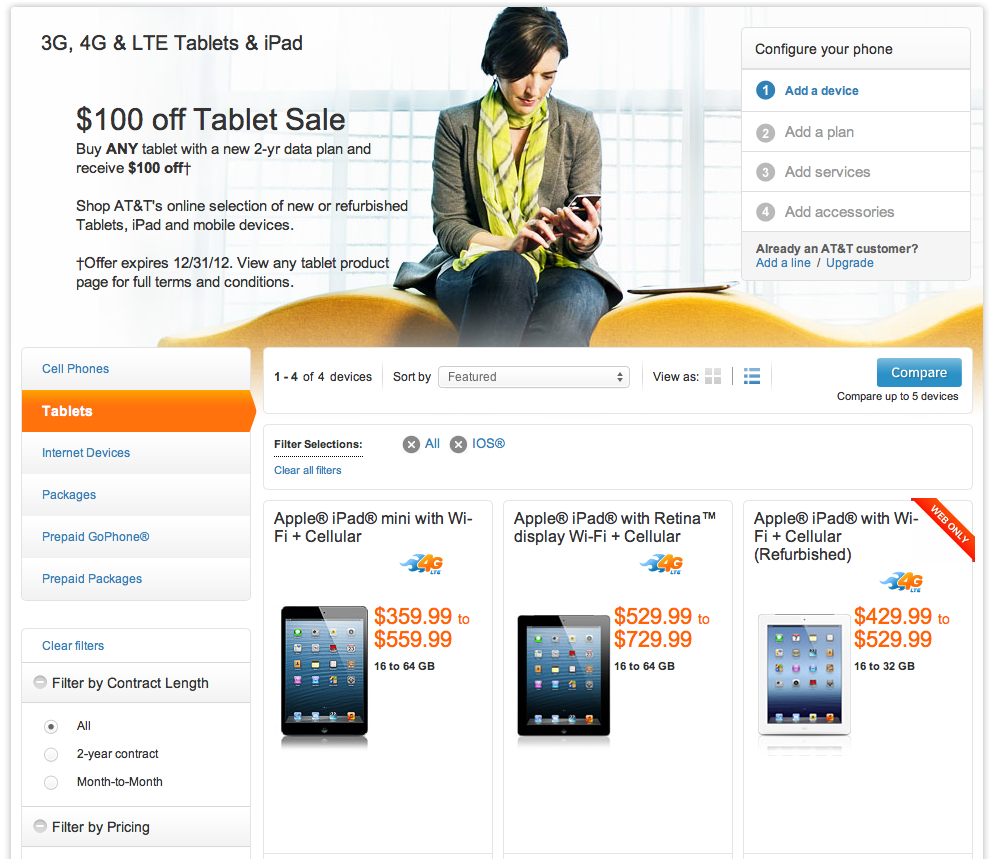 AT&T has started the Christmas price reduction craze, with various full-size iPad models and Android slates getting as much as $100 less in price. Various other retailers have already offered discounts for the iPad and now AT&T is offering $100 off the various iPad models. Even the iPad Mini is part of the discount. 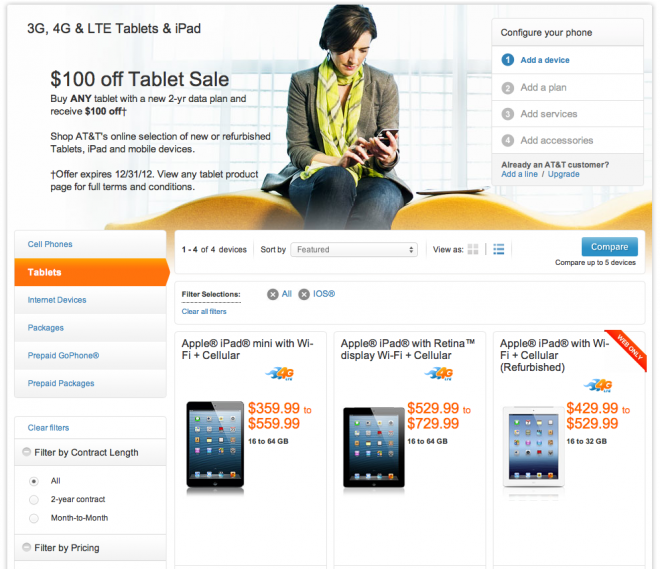 The deals involve 2 year contracts, obviously and apply to the current model LTE Retina iPad and LTE iPad Mini, in all size options. The offer also includes refurbished iPads, with the 16 GB and 32 GB WiFi + cellular model available with reductions. The latter is now priced at $429 with a 2 year contract. Android models are also included in the promotion, both new and refurbished. I’m talking about the likes of the Samsung Galaxy Tab 8.9 and Galaxy Tab 2 10.1.

Samsung Ativ Smart PC and the ASUS VivoTab RT, two Windows 8 tablets are also on sale, but they’re a bit more expensive than their Android and iOS rivals. The sale lasts till the end of December and the offer only applies on new activations, although customers can already own other AT&T phones or tablets.