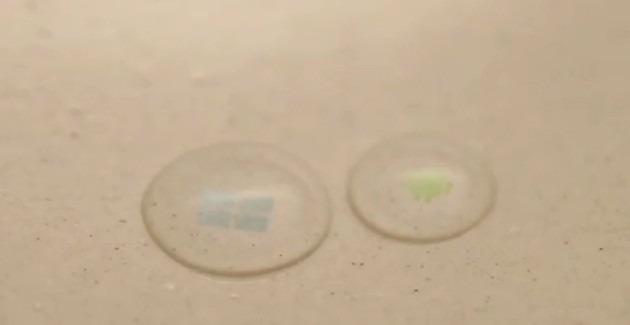 It’s all starting to become more and more clear now! Some days ago we showed you an ASUS teaser for Computex 2012, where they’ll unveil “the next Transformations” and we promised you to be back on May 31st with a new teaser. Well, the clips are here and they don’t reveal much, aside from some metaphors about duality and some hints that we could see a dual boot Android + Windows 8 tablet at Computex.

On June 4th the unveiling will be made in Taipei and it’s most likely a Transformer tablet with both OSes that everyone is discussing right now the most. Android is set to reach version Jelly Bean, while Windows 8 has just had its Release Preview launched. At some point during the first clip below you can see two drops of water, one with the Android logo and one with the Windows 8 one, but before that you could see water drops becoming one, so that’s pretty clear, rgiht?

The second video is more a mystery, as it shows the duality of a board with “Tai” written on one side and “Chi” on the other. The board spins till it creates the word “TaiChi”. It will be very interesting to see how ASUS managed to have both Win 8 and Android 4.x dual booting on a tablet or maybe even running at the same time via some virtual environment or something. Maybe BlueStacks will come into play? ASUS will be on stage on Monday and we’ll keep a close eye on Computex 2012!