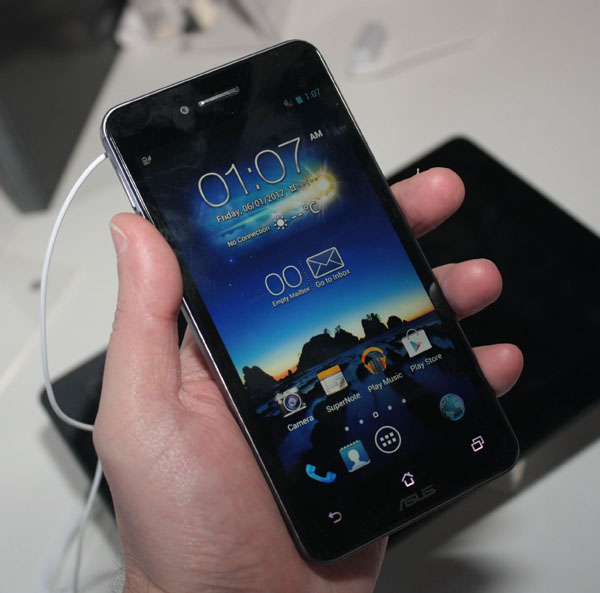 The folks of Notebookitalia.it have some interesting info about the ASUS PadFone Infinity, that we played with at MWC 2013 and we haven’t heard anything since. Now the first product benchmarks have appeared and they’re quite good. After all, the device has the same CPU choice as the LG Optimus G Pro, HTC One and a version of the Galaxy S4.

The PadFone Infinity was already unboxed by some lucky folks and now it’s being benchmarked in the usual array of tests: Quadrant, NenaMark 2, GeekBench, GLBenchmark 2.5.1 and AnTuTu. As you probably know already, inside this device there’s a Snapdragon 600 chipset, a 1.7 GHz one with Adreno 320 GPU, accompanied by 2 GB of RAM and 32/64 GB of storage.

In Quadrant this product scores just a few dozens of points under 12.000, while the Galaxy S4 and HTC One both beat (but only by a bit this margin. Meanwhile, in AnTuTu, the PadFone Infinity reaches 24.543, just 350 points less than the Galaxy S4. GeekBench reveals better results than the rival models and it certainly beats the likes of Nexus 10, for example, that was a bit of landmark in this test. Finally, in NenaMark 2 the device scored 60 FPS, about the same points as the previous two PadFones, if I remember well.

Overall, we’re dealing with a powerhouse here, one that’s on par with the HTC One and Galaxy S4, but not that far from the PadFone 2, that also scored 20.000+ points in AnTuTu in our review.