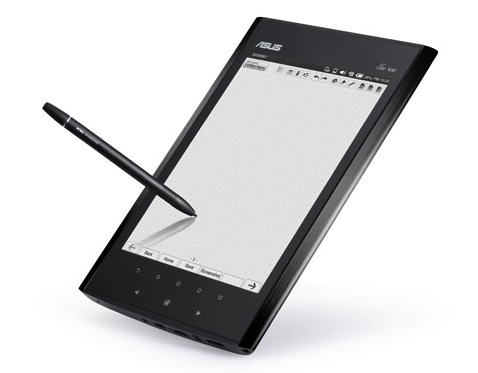 ASUS has a bunch of Eee Note slates ready for us, the 8 inch version (EA800) of the ereader/tablet taking off next month with a $261 to $293 price tag in Taiwan. Next up will be the 12 inch version coming in January 2011. This unit might be officially announced next month.

The larger device will rely on a grayscale LCD display, an active digitizer and camera. Meanwhile, the ASUS Eee Note EA800 will be based on a Marvell CPU, replaced with an Intel processor on the 12 inch slate. Windows is supposed to be OS of choice for the Eee Note series, while the estimated price for the larger display unit will be around $900.