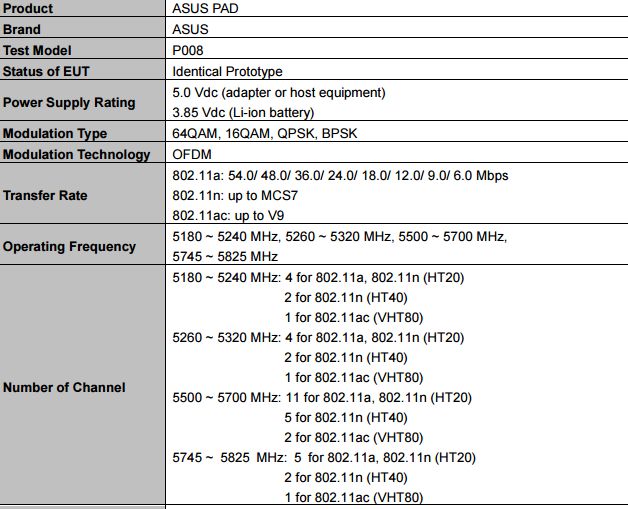 A mystery ASUS tablet was leaked back in January, via the GFXBench website and now the same device gets leaked via FCC certification. It could be a new ZenPad or even MemoPad, we have no idea, but what we do know are some features of this midranger.

According to the GFXBench listing, the device runs Android 6.0 software and comes with a 7.9 inch 2048 x 1536 pixel resolution, a hexa core processor with Qualcomm Adreno 510 graphics and 2 GB of RAM. There’s also 16 GB of storage, an 8 megapixel main camera and a front 2 MP shooter. The GPU we just mentioned is basically a dead giveaway for the Snapdragon 650 processor.

The FCC documents also mention the name ASUS Pad P008, which is probably not the official name and detail the connectivity, with support for WiFi 802.11ac and Bluetooth. Then there’s a 4680 mAh in the mix and we can’t wait to see when this model debuts, probably in the summer at Computex.