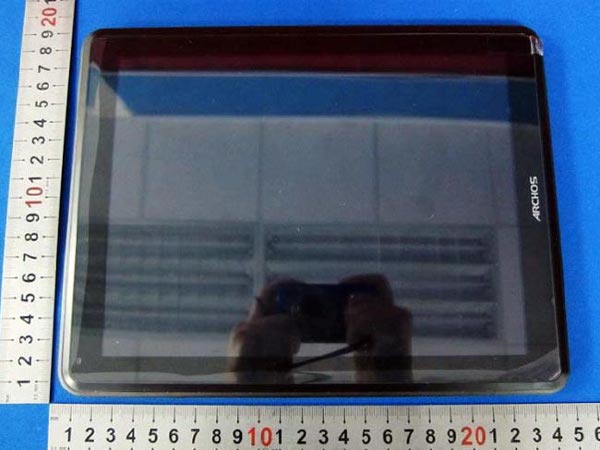 If you’re looking for a cheap Android tablet, you must know we have plenty here on Tablet News. The latest newcomer is the Archos 97 Carbon, an Android slate that has just reached the FCC. This model is apparently prepared to hit the stores soon and it will cost $249.99.

We’re dealing with a 9.5 inch multitouch display tablet with a resolution of 1024 x 768 pixels, a single core 1 GHz processor, 1GB of RAM and 16GB of storage. There’s also a microSD card slot on board, that can increase storage to 32 GB, as well as a 0.3 megapixel front camera. At the back there’s a 2 megapixel camera and other features include a microUSB port, USB, mini HDMI and Android 4.0 ICS.

Archos has the good reputation of providing updates just in time for their products, so Android Jelly Bean should be rolled out in due time. Archos 97 Carbon will arrive later this month and it’s the first tablet in the entry level Elements series. Archos also wants to launch 7 and 8 inch tablets, included in the Elements line as well.

HP 7 Plus Android Tablet Launched in USA, Priced at Just...