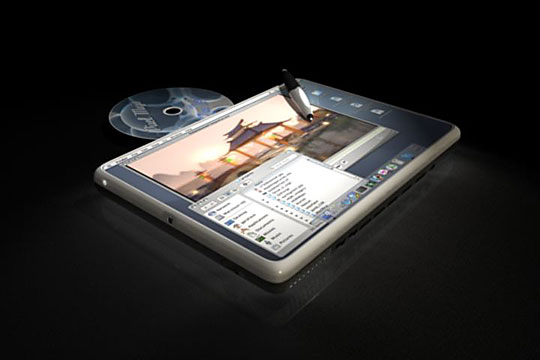 Before the Apple Tablet started to take shape as a real fact on various blogs and papers, the Cupertino giant was already in talks with major books publishers, in order to make their products available on the new device. This was a move aimed to make the product compete with the Amazon Kindle and it seems that Apple’s initiative might give a boost to the old media and save some book publishers on the way.

Electronic books will certainly make people read more, specially on a device as attractive as the Apple Tablet. We know that Apple has been talking to the folks of HarperCollins, in order to include their titles either in the iTunes Store or a new e-book store. We’ve also learned that the iPhone maker has been in talks with CBS and Disney about a monthly subscription service, so TV shows should be ready to go on the new device as well.

New York Times and Conde Nast publishers have also been approached and asked to find new ways of selling and presenting their products via Apple’s new platform. Gaming is also a topic to be approached these days, as Electronic Arts was asked to show its potential on the new Cupertino machine and we’re sure that a lot more partners will be revealed soon.

Meanwhile, we also found out that Apple has hired Tracy Augustine, former executive at Pearson Education to handle the development of digital textbooks, so education is another segment that the Tablet will target. Is this the ultimate gadget to rule them all?

[via CNN and WSJ]