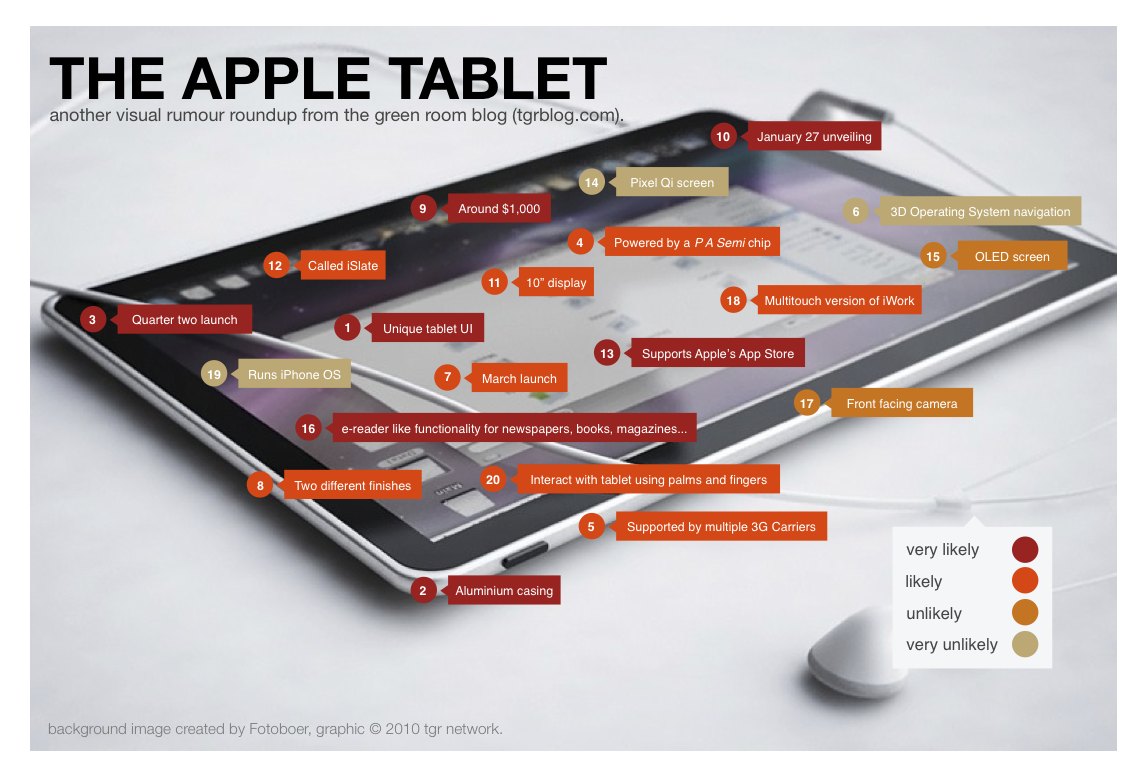 3 hours or so left till the beast is launched… till Apple unleashes its monster product, apparently in development for 20 years or so. Yes, it’s the Apple Tablet we’re talking about, but don’t look surprised and read on, for the definite list of specs you might find on the device. Click on the following image for a larger view of it and 20 or so rumours about the Apple iPad: 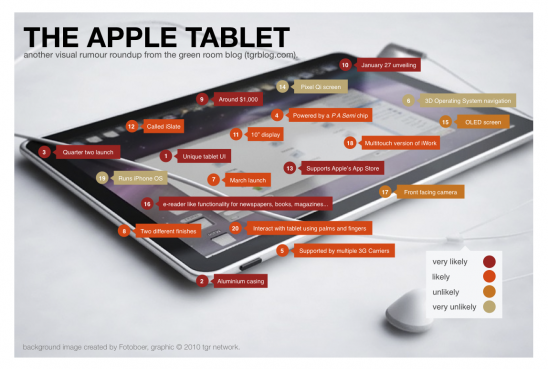 Among those we find very likely stuff, like an unique tablet UI, the unveiling taking place today, support for App Store and a price estimated around $1000. A Q2 launch is very possible to happen, while the aluminium casing and E-reader functionality are pretty much sure things by now.

Moving on to less likely to come true rumours, we discover that the Apple iPad might sport a 10 inch display, although an 11 inch one or even a 7 inch screen wouldn’t bother us. Also, the device could run the iPhone OS, or a new version of the Mac OS X and it’s supposed to sport an OLED screen, although that can’t be confirmed either.

A new ARM CPU might be on board, while multitouch is dead certain, a front facing camera is probably on its way, too and 3G support is far from confirmation. Some even say that a Pixel Qi screen will be incorporated in the Apple Tablet, while others could swear that it’ll be sold by both Verizon and AT&T.

Want the truth? Stick around, for the 10 am announcement!