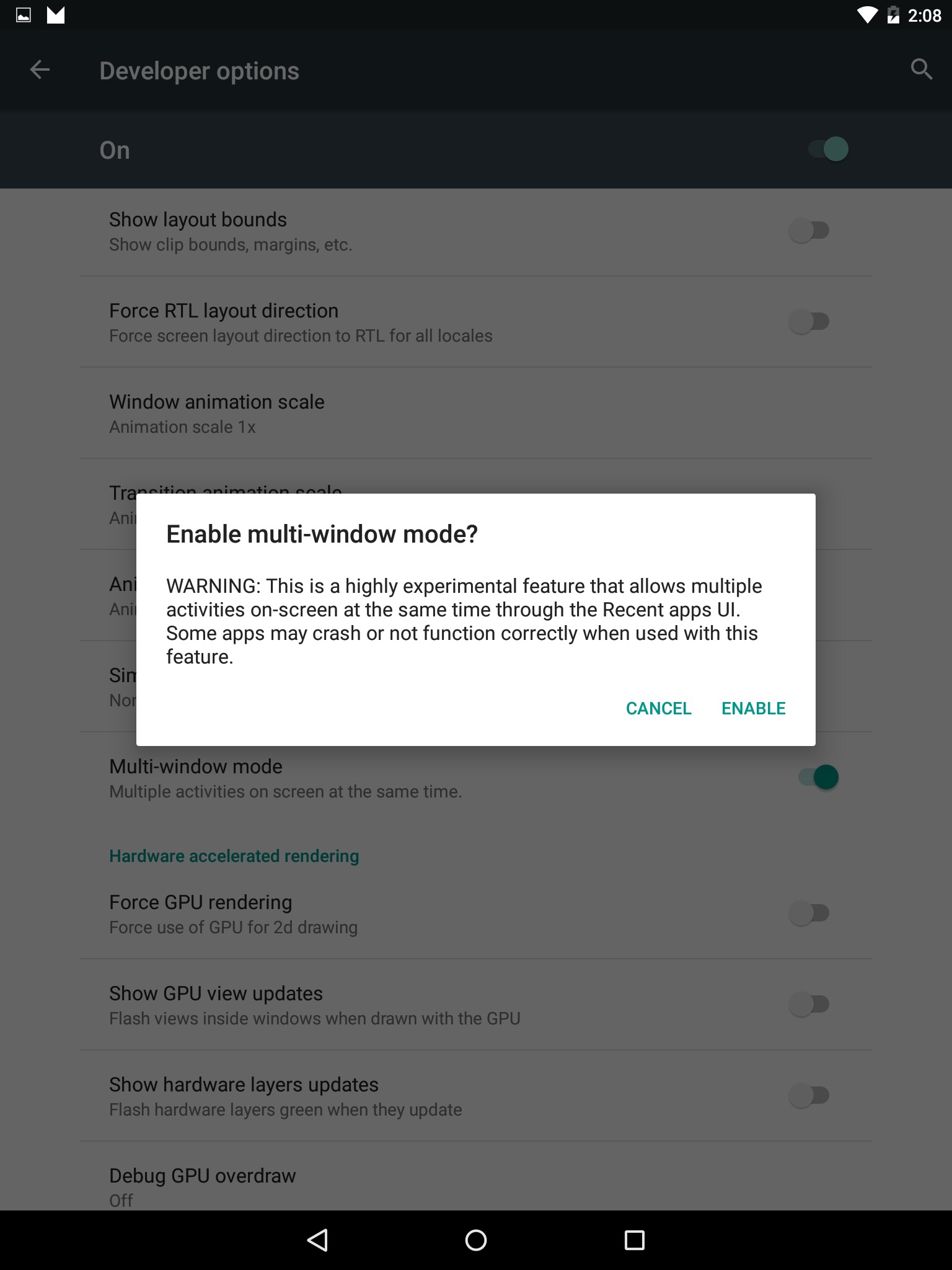 Android M isn’t all about Doze, permissions and Android Pay, it also has some other tricks up its sleeve. One of them would be the experimental multi window mode offered on tablets. The preview build launched over the past days includes a split keyboard for easier thumb typing, among others. 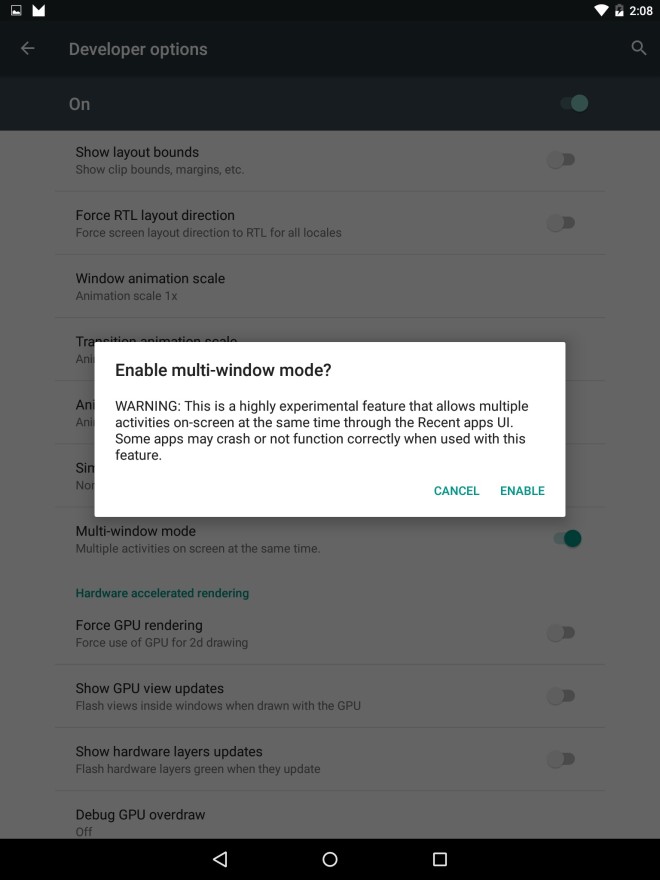 Aside from the split keyboard, there’s also a split screen multitasking model, that even integrates 4 windows working at the same time. This is a rather tricky feat to activate, since it involves flashing your tablet to Android M and then flashing your recovery partition with the latest version of TWRP for the Nexus 9. This Reddit post explains everything you need to do, in case you feel bold. 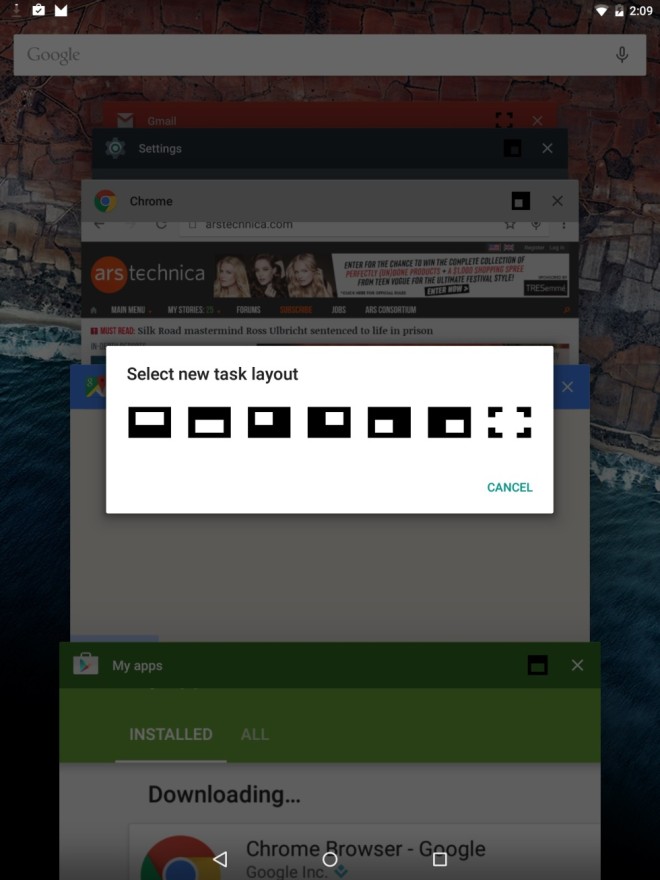 Anyway, even Google calls the function experimental and it’s an obvious early build, prone to crashes. Samsung has a similar multi window mode, working for a long while now. The Recents screen is basically used to choose which applications are placed where and how much screen estate each one gets. If you tap on the icon of each app’s card you will get to pick where to put the app.

In the meantime, I’m really curious how Apple will implement multi windows on iOS 9… 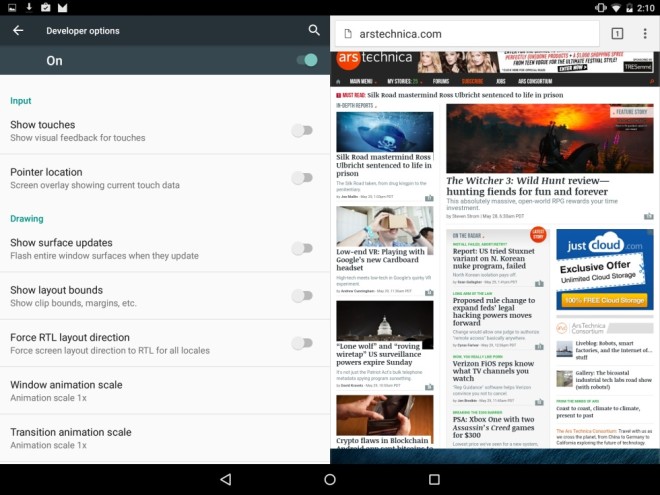 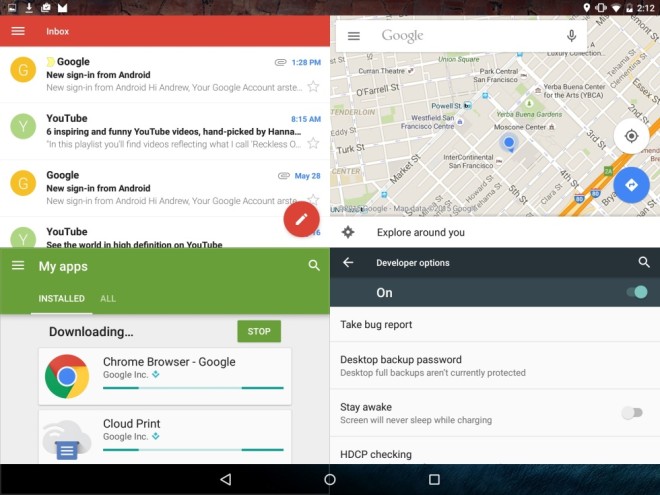