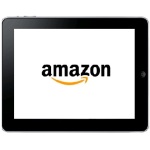 Amazon’s tablet, that has been rumored a lot over the past weeks is now supposed to be bundled with a free video streaming service. Rumors also say that the device will be priced at around $399, making it a very solid rival for the iPad 2 and the bulk of Android slates.

The info comes from investment firm Detwiler Fenton, also mentioning that the free movie service will be available for an unspecified amount of time with the Amazon product. The free video service is the same that Amazon offers for its Prime customers and moving on to the tablet, this device is supposed to feature a 10 inch color screen and a quad core CPU, if the speculations are correct.

The end of 2011 is when we might see the newcomer, that was at some point rumored to come in two versions. One of them is codenamed Hollywood and right now component makers are claiming that Amazon ordered enough components to assemble up to 800k units a month, so that’s a major feat.