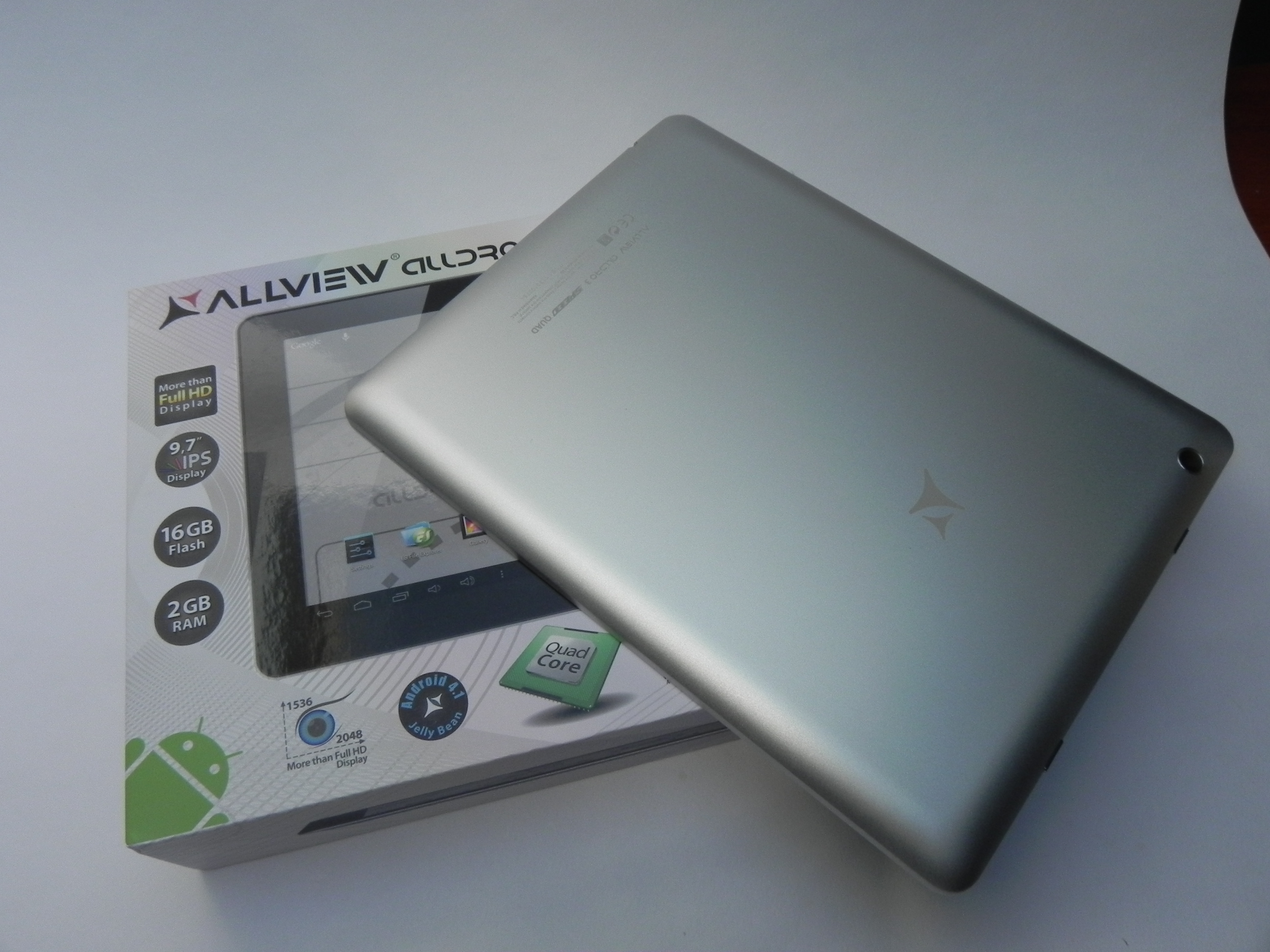 How about a tablet that looks like the iPad and also has a Retina Display? And how about a device that goes for $358 and it comes from Eastern Europe? This is the Allview Alldro 3 Speed Quad, a tablet from Romania, that’s in fact a rebranded device from a Chinese maker. The product was seen by us at MWC 2013 in prototype form and tested in a final version shown in the video review below. 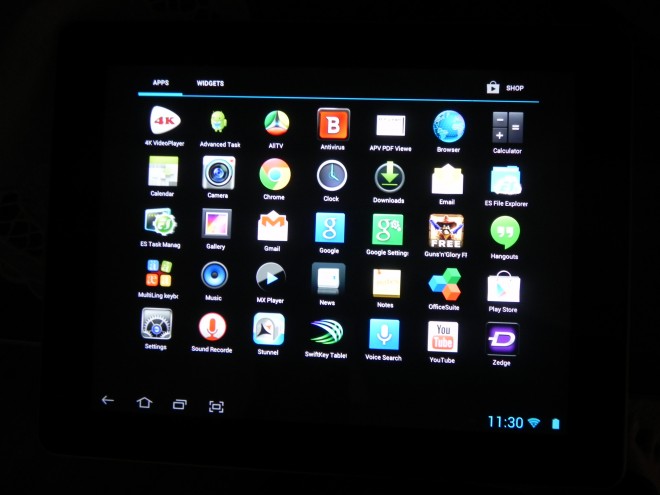 This device was actually launched in April and it’s the first Romanian tablet with 2 GB of RAM and a Retina Display. The design looks a bit like the iPad and I have to say we’ve got a strangely placed On/Off and Home button, that are sitting on the side when you hold the tablet in landscape mode and can cramp your gaming experience.

It’s very easy to press the On/Off button by mistake in these conditions. The ports, slots and speakers are all placed on one side of the device and among the ports we find a microUSB, that’s used for charging the device. The case is made of aluminum and the slate measures 9.6 mm in thickness and weighs 669.7 grams. We’ve got good grip, but there’s also a downside to this design: the front side feels fragile and if you press the plasticky bezels, this side will creak. 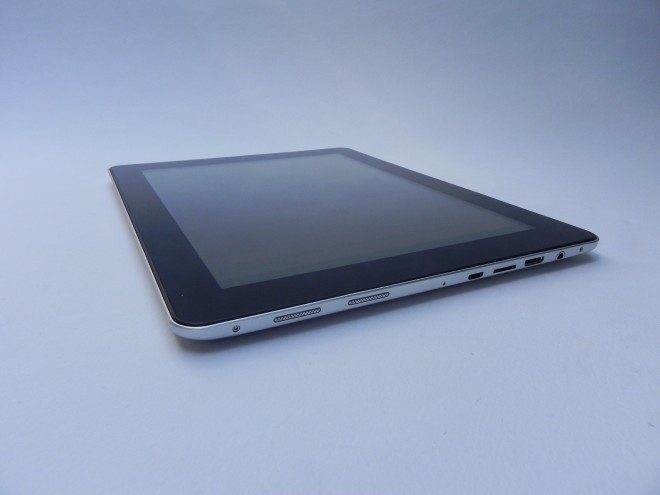 For those of you wondering, this tablet is in fact the rebranded Onda V972 model from China. Specs also include 2 GB of DDR3 RAM, 16 GB of flash storage, microSD with support for 32 GB, Bluetooth and WiFi. There’s a 2 megapixel camera at the back and one at the front of the device. As far as battery goes, there’s an 8000 mAh unit under the hood, a Li-Polymer 3.7 V power source, that on paper provides 240 hours of standby and 4 hours of usage. 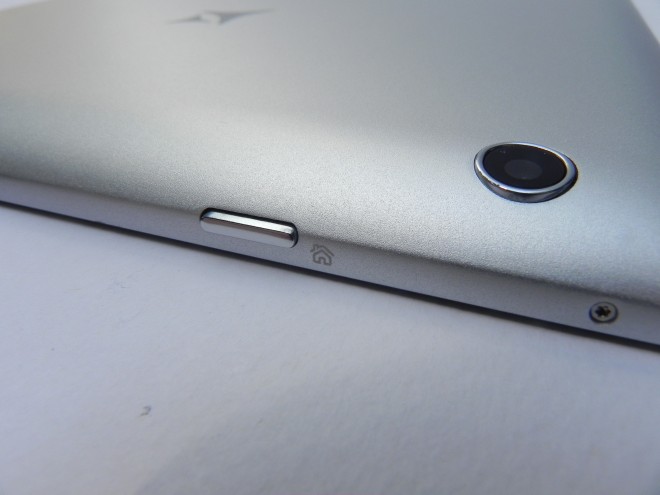 In our tests, the battery offered 4 hours of continuous usage or 3 hours of gaming. With better management and breaks, you can even reach 5 or 6 hours of functioning time. The bad thing is that this tablet takes quite a while to charge, actually 6 hours, which is huge. As far as the multimedia experience is concerned, the device’s lack of volume buttons is pretty annoying, but you get virtual volume buttons.

The listening experience is plagued by distortion at max volume, but at least we’ve got a good bass. Volume is pretty weak, but the entire thing is shifted by 180 degrees when you’re using headphones. On the video side, we find the 4K video player on board of the tablet and I have to praise the fantastic colors of the screen, crisp text and icons and good viewing angles. 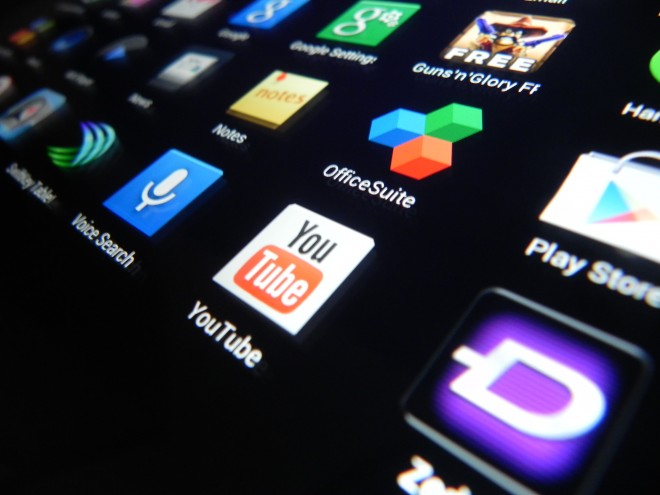 The screen is an IPS LCD Retina unit, that doesn’t quite handle sunlight and doesn’t offer a huge brightness, but it’s still very crisp. We’ve also got a special bunch of settings for the screen, as shown in the video review. Moving on to the camera, the custom UI doesn’t look that bad and there are lots of options and effects to play with, so the camera is not so bad.

Android 4.1.1 Jelly Bean is the OS of choice here and we’ve performed some benchmarks on the slate, comparing it to other quad core tablets that we tested. Those are the E-Boda XL400 Quad Core, another Romanian tablet and the ASUS TF700, a Tegra 3 model from last year. In Quadrant, we scored 3042 points with the Allview Alldro 3 Speed Quad, beating the 3010 points of the E-Boda, but scoring lower than the 4600 points of the ASUS TF600. In AnTuTu we got 10491 points, close to the ASUS 12k points and certainly beating the E-Boda, that doesn’t even run a  complete AnTuTu. 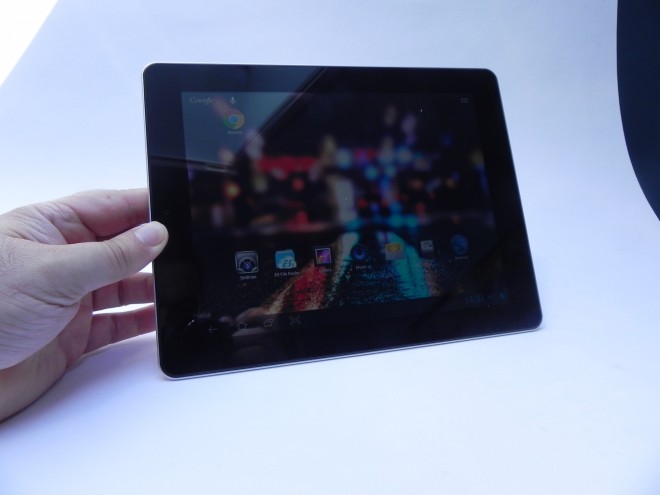 In 3DMark, probably the most relevant benchmark, we got 4224 points, double the points of the E-Boda and beat the ASUS by 100 points. NenaMark 2 also wielded great results, with 40.9 FPS, showing we’ve got a good GPU. The browser speed is reasonable and we’ve also got a screenshot button included in the interface as a novelty.

Custom icons can be found in the settings area and those of you who have noticed the slight lag of the UI are correct, although it’s much less clear than the lag of the E-Boda slate. We had great expectations from a tablet with 2 GB of RAM and a Retina Display, that’s why I can say I’m not totally impressed. Bundled apps include All TV for connection to a TV set, Bitdefender Mobile Security antivirus and Office Suite. We also demoed the title Asphalt 7 at the end of the review, that actually doesn’t seem to show as many FPS as we hoped…

And now the conclusions! Here are the Pros related to the tablet:

On the Cons side we’ve got the following:

Overall, we give this tablet a 7.5 out of 10 for design, 8 for hardware and 8.5 for OS and UI. The final grade is 8 out of 10 and the price is a huge aspect of this grade, since this is a pretty affordable device. 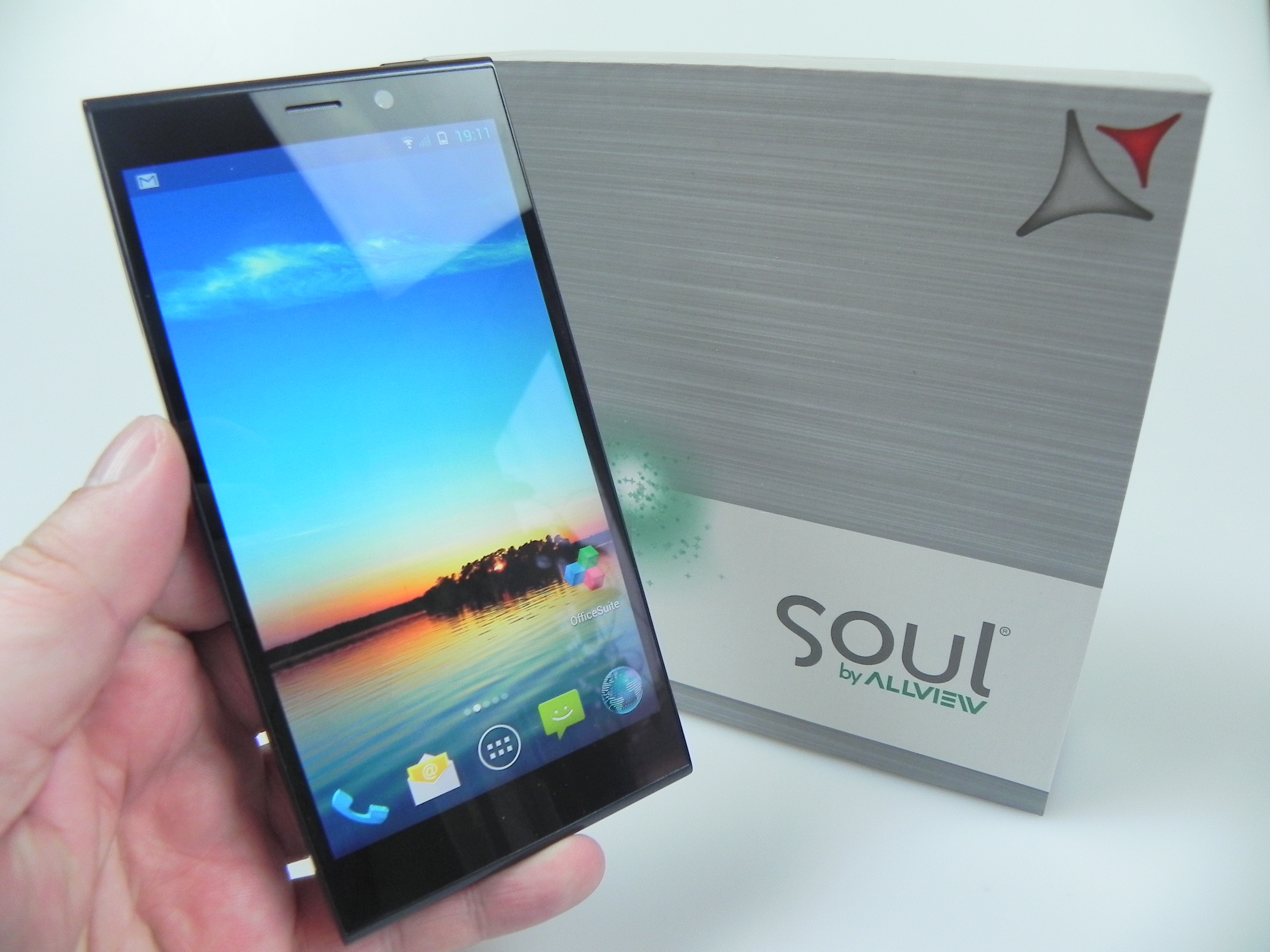