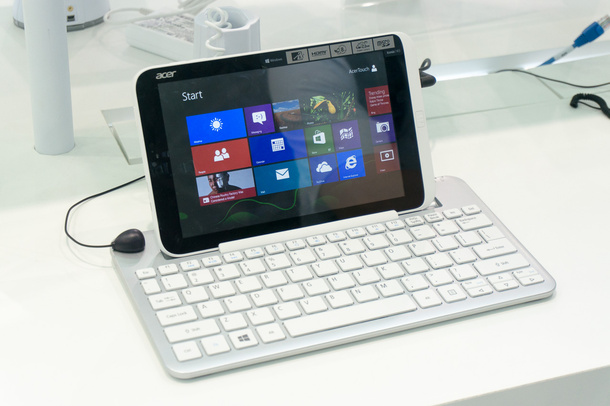 The Acer Iconia W3 was a premiere when it was announced weeks ago, since it was the first tablet with Windows 8 to descend below the diagonal of 10 inches. This 8.1 inch Windows device is now said to get a hardware update, with an improved display.

Originally, the screen was supposed to be a TN LCD, but now it will be an IPS and the successor of the W3 will hit the stores in September. I expect several other manufacturers like ASUS, Toshiba and Lenovo to jump into this segment and launch 8 inch or 7 inch models of their own. Let’s not forget the speculations about the Surface Mini also.

This info is not rumor or speculation, the one regarding Acer, since it was confirmed by Acer spokeswoman Star Swank. The W3 successor will be thinner and lighter and I wonder if the 329 euro price tag of the original model will be affected. Maybe they can take it down to 300 euros and let the newcomer cost more.