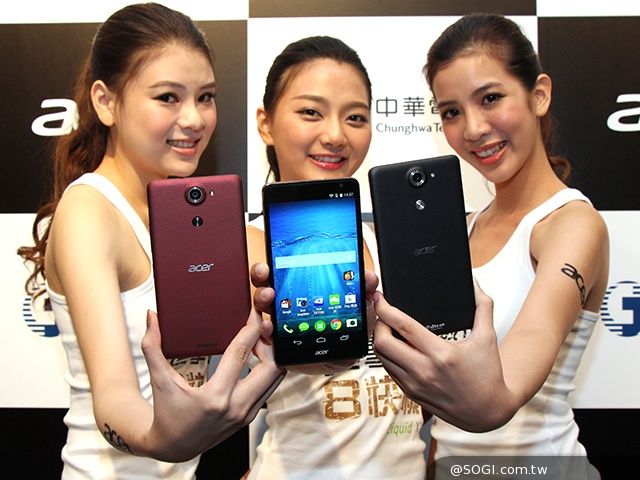 Officially launched yesterday during an event in Taiwan, it seems that the new Acer octa-core phablet called Liquid X1 will be available in other countries from Asia and Europe too in the near future. This device is available for the moment only in Taiwan where it’s sold for about $265.

Acer Liquid X1 comes in the package with a 5.7-inch IPS HD display (1.280 x 720 pixels), an octa-core MediaTek MT6592 processor clocked at 1.7 GHz, 2 GB of RAM, 16 GB of internal space of storage, a microSD card slot, a 13-megapixel main camera with an f/1.8 aperture, an LED flash and a Free Focus mode that allow users to change the focus in their photos.

Among other specs we have LTE Cat. 4 connectivity, Bluetooth, WiFi, DTS Sound, a 2.700 mAh battery and Android 4.4 KitKat as default operating system. Acer Liquid X1 measures 8.5 mm in thickness, weighs 164 grams, and will be available in black and red color variations.