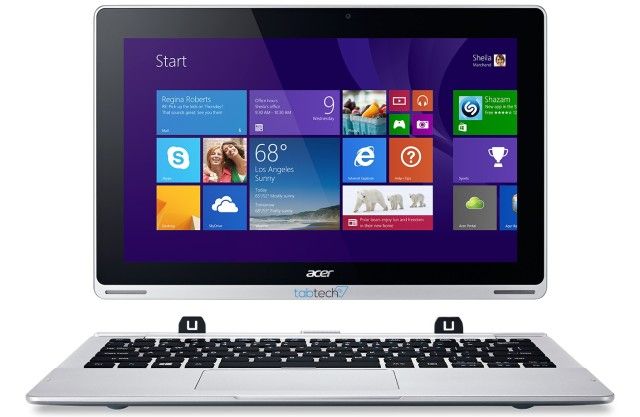 Acer already has plans for unveiling new devices in September, but all we know is that they’re preparing smartphones, but what about tablets? Today we learn they could be working on a 11.6 inch Aspire Switch 2 in 1 tablet or even more models of this kind.

The Acer Aspire Switch 10 is a Windows tablet with an Intel Bay Trail processor inside and a keyboard dock and it’s easily used as a notebook. This device also flips, facing away from the keyboard if need be. Reports say that Acer is now ready to release a bigger Aspire Switch 2 in 1 unit and the guys of TabTech even found evidence about the product, codenamed SW5-111 and SW5-171 in the official Acer documents.